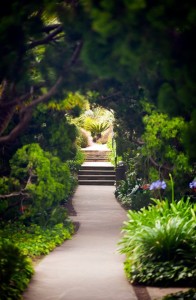 Good morning from the totally awesome Orange County city; Huntington Beach everyone!  I’m a Wedding Photographer that has a special West Coast Wednesday Video Of The Week that I think you’ll enjoy.

But what makes this West Coast Wednesday Video Of The Week special is that it’s not inspired by me.  It’s actually inspired by my fellow photographer and totally awesome great friend; Belinda from Pinky’s Pix down in San Diego.  If you’re not too familiar with her, I can tell you that she comes from a family of photographers.  In fact, she is a 4th generation photographer and has been shooting since she was 14 – which totally has me beat.  I’m only a 2nd generation photographer.  So to say that photography runs even deeper in her blood is definitely an understatement.

Recently she and I were in San Diego at a “Secret Garden” doing some artistic and creative photography and the entire time we were there, I felt as if my late late mother; Reina Francis Feleciano Mills was there with me.  I can’t really explain it but, it just seemed like she was all around me.  To the right is a photo that Belinda captured that day.  Ahhhfreakin’mayyyzeeeeeng!

As I was thinking about what to share today, I remembered a conversation about a band and a song that I was having with Belinda.  But this isn’t just any ordinary song.  It’s Belinda’s favourite song.  So I wanted to take her musical and creative inspiration that emiates from her and share it with you for this week’s West Coast Wednesday Video.

So… I thought I would return the gesture & dedicate this video to her for the generousity she did with capturing all the beautiful photos and dedicating them to my mother.

Now that you know where this week’s video is inspired from, I’ll let you in on the band.  As I mentioned – it’s an 80’s group that I totally dig.  The group is When In Rome and the song is “The Promise.”  Here’s a bit of When In Rome’s history & well well well – they’re originally from the UK.  Awesome!

“When In Rome are an English New Wave trio, originally consisting of vocalists Clive Farrington and Andrew Mann, and keyboards player Michael Floreale. They are best known for their 1988 single, “The Promise“.

Michael Floreale and Andy O’Connell were recruited by Clive Farrington to replace departed members of his Manchester-based group Beau Leisure. Floreale and Farrington began to write songs together. Later, Farrington and Floreale saw Andrew Mann, a beat poet and had him join their performances. O’Connell left the group; the remaining trio recorded some demos — sometimes including Mann’s friend Corinne Drewery — while seeking a recording deal.

The group was signed by Virgin UK subsidiary 10 Records. Producers Ben Rogan (who had worked with Sade) and Richard James Burgess (Five Star, Living in a Box, Colonel Abrams, Spandau Ballet) took special interest in the trio’s song “The Promise,” issued first as a 12″ dance disk. When the song became popular, hitting the top of Billboard’s Dance Club Play chart, Virgin ordered an album. A remixed version of “The Promise” was the first single from their self-titled debut album. It was an instant success, barely missing the Top Ten in the United States, peaking at #11.”

But before you check out this week’s West Coast Wednesday Video Of The Week and you’re thinking… Hey – I’d really like to get to know this Huntington Beach Wedding Photographer that loves 80’s music, fashion, photography and art, feel free to contact me anytime.

So without further ado, I give you When In Rome with “The Promise.”  Feel free to sit back with your favourite morning beverage (I’m enjoying my vanilla biscotti in my Warrick Castle mug) and enjoy the New Wave music and kick off your West Coast Wednesday positively in Huntington Beach, another spot in Orange County or another part of this huge planet that we’re all a part of.

PS, If you missed it last week, be sure to check out the totally swave & uber cool AND Jagermeister sponsored; DJ Neko who I had the honour of working with as the wedding photographer for my sister; Tawnya & Kurt’s Temecula Wedding Day that I photographed at the opulent Falkner Winery. on the latest episode of “How To Make The Most Out Of Your Wedding Day” – where she’s sharing some terrific advice on how to save some time, some money & your sanity planning your wedding.

PSS, If you missed it last month, totally check out some of the freakin’ Amazing Portraits that my great friend John Remus III did of me for his RAW Artists Gallery Show at the Playhouse in Hollywood.

PPSS, Totally check out the Lyrics for When In Rome’s “The Promise” song too.  They’re awesome!

Super PS, The black & white photo of Belinda below was shot by my good friend; Bill from Studio Z.  Awesome Capture!

This West Coast Wednesday Video Of The Week was dedicated to Belinda Mayberry for her zeal of her craft, her ability to work with tapestries and for dedicating her talent to a collection of photos to my mother. 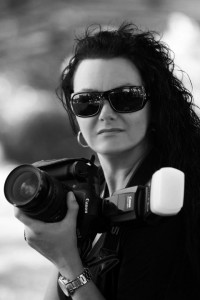