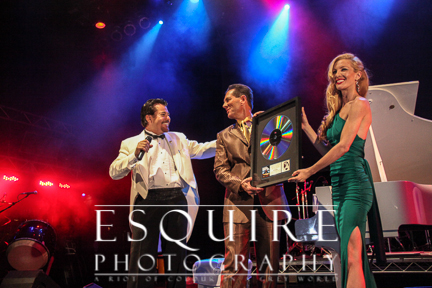 Good evening from EPHQ everyone!  As the title of this story says: “I’m One International Photographer Who Had The Honour of Photographing The Los Angeles Music Awards At The Avalon Theatre” – which is soooooo totally spot on for me.

Recently I had was invited by my friend & awesome recording artist & voice over artist: Brandon Shepard who I met when I was filming & photographing at the Malibu Playhouse to the Los Angeles Music Awards to capture the glitz, the glamour, the music and the fun.

For 2013, the Los Angeles Music Awards hosted by Mr. Al Bowman, were held at the historic Avalon Theater in Hollywood, which was definitely the perfect backdrop for all the performances from the pianist to the United States presidents: David Osborne, Lannie Flowers who won Record of the Year, We The Ghost who won Rock Album of the year, and a ton more than were all shoe-horned into the Avalon Theater.

If you’re not too familiar with the Los Angeles Music Awards, check out this awesome writeup about the history of it and how Mr. Al Bowman not only founded it & is the Executive Producer of it, but helped it become one of the most successful productions in the industry!

“Al Bowman began his Hollywood journey as the owner of Fun Time Limousine from 1982 to 1992 as the “Limoman to the Stars” where he built relationships with celebrities and many of the movers and shakers in Hollywood. As a trusted Hollywood “insider” Bowman was invited to nearly every major awards show in Hollywood to act as a seat filler.

After a decade of attending awards shows including The Grammy’s, Oscars, American Music Awards and other shows, Bowman learned the inner workings of how to produce a Hollywood class awards show while creating powerful connections with celebrities and key influencers in the entertainment industry.

In 1991, the Entrepreneur in Bowman saw an opportunity and he created the first Los Angeles Music Awards show and since then has been held at some the most recognizable venues in the world. Including: The Whisky A Go-Go, The Roxy, The House of Blues, the Hollywood Palladium, The Music Box Theater, The Paramount Theater, The Avalon Theater and the Beverly Hilton International Ballroom.

In 2007, Bowman and LAMA co-producer, Susanna Griffie, founded The Hollywood F.A.M.E Awards which takes place at the Los Angeles Music Awards and honors leaders in the entertainment, music, sports, political, TV & Film industries whose invaluable contributions have defined excellence in their fields.

The F.A.M.E Awards is a celebration of Film, Art, Music and Entertainment that brings together in one evening rising artists beginning their journey to success
with industry icons that have paved the way.

Bowman and Griffie also founded The Phoenix Music Awards in 2008 which offered a series of 12 on-going events to showcase local talent from the Phoenix area and the winners were featured at a Red Carpet, Hollywood style event in Phoenix, Arizona.”

Before you scroll down to check out a video I put together of some of my favourite photos and you’re thinking…  Hey – I’d really like to get to know this Newport Beach Photographer who loves the arts, feel free to contact me anytime.  I’m available just about 24/7 via Twitter, Facebook, Google+, the form on my contact page, or the old fashioned phone as well at 888.ESQ.PHTO (888.377.7486) or 562.225.5915.

I hope you had a great weekend AND totally check out Christin & Christoph’s Destination Wedding in Germany.  There were over 10,000 photos I captured during the week I was in Germany & I’m so excited to share them with you!

UBER PS!  Check out my exclusive Esquire Photography iPhone Cases featuring original photographs from around the world.  I just released them this past week.

« I’m One Forward-Thinking Professional Wedding Photographer Excited To Announce Instagram-Weddings Saving You Time AND Money!How To Make The Most Out Of Your Wedding Day With The Latest 2014 Wedding Trends From Esquire Photography Partner: Simply Bridal »