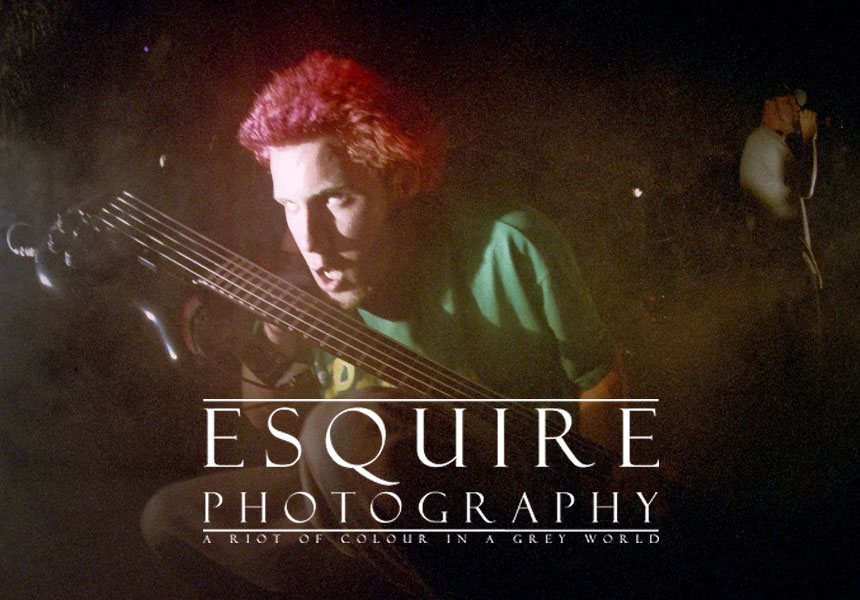 Good morning from Huntington Beach, California everyone!  This week’s West Coast Wednesday Video Of The Week is a double feature for you.  I have one song, by two very different artists.  BUT!  What’s very unique about each one is that although they’re on different ends of the “musical graph of style” – they’re very similar in the controversial arena.

First, there’s Limp Bizkit.  Now this is a band that was seriously out there breaking down all sorts of barriers when they came out.  Fred Durst & company rocked arenas at all corners of the earth & their take on what they did was; “If you don’t like it, then you can $%*@ off!”  I even had the rockin’ pleasure of being one of two photographers allowed in to shoot their performance in Hollywood back in the 90’s for Inline Skater Magazine.  The photo above was one of my favourites that were published in the magazine from the event.  Some of the other photos weren’t appropriate for the magazine as they had strippers on stage with them that were a little over the top, but they loved them nonetheless and used a couple.

(Side Note:  I took some heat for the stripper photos as my girlfriend at the time was in the audience felt it was inappropriate to photograph that part of the show.  She didn’t quite see that as a photographer, I was there to document the event for the magazine.  But, I was there to do the my assignment to the best of my abilities.)

Then there’s George Michael.  George Michael & Andrew Ridgeley crash landed on the music industry in the ’80’s with Wham before he went on to become a HUGE mega star with platinum albums and performing with the likes of Sir Elton John.  Unfortunately, George Michael’s career took some setbacks over the years, but from what I’ve seen – he continually does his thing.  Whether we agree with it or not.

As I know and I’m guessing pretty much everyone knows, that to do your own thing (whatever it might be) will sometimes experience some setbacks, frustrations, disappointments, and sacrifices.  But in the end, we need to look ourselves in the mirror for all of our faults and all of our qualities that we possess.

For me, I know that a. I’m not perfect and b. “screw the pooch” and fall flat on my face on a regular basis both in my personal life & professional life.  BUT!  I have zeal and I’m tenacious with constantly doing my best to improve myself in every nook & cranny of my being.  Who I am and what I may stand for & how I go about it may not be the right way for everyone or for me at times, but it’s a journey through life that makes my life my own – unique only to me.

On this crazy path that is my life, there are times that I need to have faith.  Faith in art & music, faith in my relationships and faith in God.  The latter is the most difficult for me and I struggle with it daily.  During my life I have realized that it has something to do with being an abandoned kid & a child of the “Modern Dysfunctional American Family.”  But!  I still do my best to chart a good path in life and practice tolerance and acceptance.  Even if it is at times against all odds (not the Phil Collins song…) and against what mainstream opinion of people may be of me, my life, my actions & behaviours or my business.

So for this week’s West Coast Wednesday Video Of The Week, I chose “Faith” by George Michael and “Faith” as a cover song by Limp Bizkit.  Both songs are the “same”, but unique and individual on their own.  I’m guessing when Limp Bizkit did the cover, they had to have faith that their audience wouldn’t turn on them for covering George Michael.  And, vice-versa for George Michael being recognized as a potential sell out, allowing Limp Bizkit to cover his song.

Before you check out this week’s West Coast Wednesday Video Of The Week and you’re thinking… Hey – I’d really like to get to know this Orange County Wedding Photographer that is on the cutting edge of amazing fashion, music and videos, feel free to contact me anytime.

So without further ado, I give you Limp Bizkit and George Michael in “Faith” for today’s West Coast Wednesday Video Of The Week.  And, don’t just have an awesome West Coast Wednesday, but make it a totally positive one for someone else too – cheers!

PS, A colleague of mine: David Jay Tweeted the following just a little bit ago:  “You have enemies? Good. That means you’ve stood up for something, sometime in your life. – Winston Churchill.”  How “kismet” is that tweet to come up while I’m typing this for you!