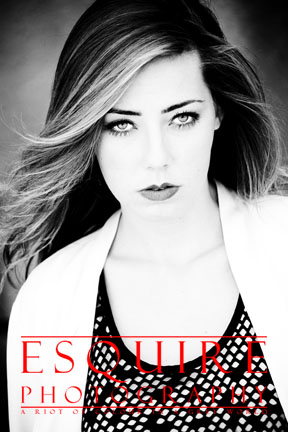 Good afternoon from super caffeinated Orange County everyone!  This is one amped Newport Beach Wedding Photographer that has some really awesome and MEGA things to share with you.

Before I share today’s West Coast Wednesday Video Of The Week with ya, I’ve got to share some more things that are happening in Newport Beach at Esquire Photography HQ.  Since I’m not only a caffeine addict, but also a Twitter & Facebook ’aholic, you probably saw that I had two very HUGE announcements this past weekend.  One of which was the Military Promotion that launched on Saturday.  I had the honour of giving it to Ali & Justin when I was up at Edward’s Air Force Base with both of their parents location scouting and going over details for their Lancaster Wedding Day I’m photographing for them next August.

The other HUGE announcement I shared was the Workshop I’m teaching with my good friend & fellow photographer Danny in Paris France.  Can I just say; “Wholly Nachos & Newcastles!”  So if you’re in Paris over Christmas break, totally let me know because the workshop is very affordable & only 100 Euros per person.

Ok, now I’m ready to share some funkiness with you for today’s West Coast Wednesday Video Of The Week.  You probably already know how much of a MEGA HUGE fan I am of Duran Duran.  Well they recently dropped a new music video that’s making all kinds of headlines.  Things like getting more than FOUR MILLION views in less than a week.  But that’s not the really awesome part.  Duran Duran’s “Girl Panic” music video is currently BANNED on MTV & VH1.  Can I say – AWESOME SAUCE all the way!  It’s like it’s the early 80’s all over again & Duran Duran‘s “Girls On Film” was banned.

So I think it goes without saying that today’s West Coast Wednesday Video Of The Week needs to be Duran Duran‘s “Girl Panic” AND “Girls On Film.”  WHEW HEW!

I hope you’re having a great start to your holiday season & stay in touch for some more absolutely incredible events that I’m sharing this week.  From San Diego to Newport Beach and all the way up to Ventura – I’ll have some fantastic Weddings and events that I’ve had the honour of photographing.  And of course soon to come; the party at LA Fashion Week with the Kate Mesta Crew and be sure to check out the Huntington Beach Portrait Photo Shoot of Sarah for her portfolio for The Ford Modeling Agency – Cheers!

PS, Check out this awesome quote I shared on Twitter keeping the “Butterfly Effect” moving forward – spreading positivity.  It’s a totally new one & I really think it is so very true.  “Ability is what you’re capable of doing.  Motivation determines what you do.  Attitude determines how well you do it.” — Lou Holtz.

PSS, What do you think about Duran Duran’s “Girl Panic” video?  Too risque or are the corporate figure heads over reacting?  IMO, there’s way more risque and nastiness on prime time TV, let alone two channels we have to pay for on cable tv.