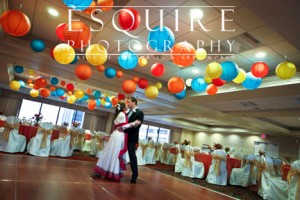 Good morning from Esquire Photography HQ in Orange County everyone!  If you’re following me on Twitter or Facebook, then you’ll have seen in some of my updates the finishing touches that I’ve been putting on some of the events I’ve had the honour of photographing – one of which being Angela & Andrew’s Oakland rehearsal & wedding.

I first met Angela years ago through my sister; Tawnya & over the years we’ve all kept in touch with each other.  So when I received the note Angela became engaged to Andrew – the first things that were going through my mind were wanting to be her wedding photographer.  What was cool was Angela was wanting to ask me to be her photographer and of course I was super excited to say yes & let’s start planning the big day!

Angela & Andrew’s wedding day was held up in Oakland – which is by far one of my favourite places to capture photographs in the US.  Northern California has an over-abundance of scenery, city-scapes & more to enjoy and make a part of a wedding day or any photo shoot for that matter.

I first arrived on Thursday early to meet up with Angela & Andrew so I could spend some time with them over lunch to chat about the big day along with meeting some of their friends & family who were directly involved with the wedding.  Plus I could check out the Oakland Center For Spiritual Living which was where they were going to have their wedding ceremony at.  Definitely a perfect opportunity to location scout to photograph their wedding day!

After their wedding rehearsal Angela, Andrew and I took a stroll around some of natures beauty so I could capture some of my Signature Night Romantic portraits of them along with giving them an opportunity to reconnect with each other in the flurry of the wedding day planning.

After their photo shoot, we met everyone for a fun dinner reception with more family & friends at Chevy’s where the good times, memories and love were overflowing all around.  And… of course, yours truly here had a camera in tow there as well to capture all the fun!

Angela & Andrew’s wedding day was totally perfect from the minute the day started to end of the reception held at the Hilton Garden San Francisco/Oakland Bay Bridge.  And when I say totally perfect, I mean Angela & Andrew seriously put in their homework to have the best possible day with all of their closest family & friends.

I think to put it in perspective, I’ll jot down a few of the details of their day in a bulleted list.  It’s awesome!

It was such an honour to be flown up to Oakland to photograph all the amazing memories of their wedding day & rehearsal day.  From the minute Duran Rex & I showed up at lunch on their rehearsal day to the end of the starry night with a storm receding in the background everything was absolutely wonderful for me.

Out of the nearly 4,000 photos I photographed in two days, I’ve put together a beautiful slide show of some of my favourite photos I captured during Angela & Andrew’s Oakland Wedding at the Hilton Garden San Francisco/Oakland Bay Bridge below.  But before you scroll down to check it out and you’re thinking… Hey – I’d really like to get to know this Newport Beach Wedding Photographer (Previously a Huntington Beach Wedding Photographer) that loves music & fashion, photography and art, feel free to contact me anytime.

I hope you’re having a great start to your weekend and stay tuned for some amazing events that I’m sharing.  From San Diego to Newport Beach, Ventura and all the way out to Berlin, Germany & Paris, France – I’ll have some fantastic Weddings and Events that I’ve had the honour of photographing – cheers!

UBER PS!!!  The awesome rock star Client Concierge; Linda & I have been putting something together that is probably one of the BIGGEST THINGS this Newport Beach Wedding Photographer has EVER done in nearly 29 years.  I can’t say more yet, but let me just go on record & say – that if you’re getting married & love instant gratification – you will WANT TO KNOW about what Esquire Photography IS DOING!

PSS, Check out this awesome quote I shared on Twitter keeping the “Butterfly Effect” moving forward – spreading positivity.  It’s a totally new one & I really think it is so very true.  “Ability is what you’re capable of doing.  Motivation determines what you do.  Attitude determines how well you do it.” — Lou Holtz.