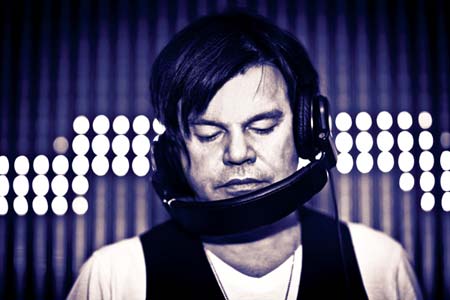 Good morning everyone!  I am creative, I am a lover of music and I love art.  Or simply put, I am a Newport Beach Wedding Photographer in Orange County who is totally excited to share a special West Coast Wednesday Video Of The Week with you.

If you saw an update on Facebook or Twitter updates yesterday, you may have seen the excitement in my notes about one of my favourite artists performing on Monday for Halloween.  He’s going to be in Orange County at Sutra in Costa Mesa too (Here’s one of my iPhone photos from the event on Facebook).  And… I recently was there for Above & Beyond – which was probably one of the more out of this world performances I’ve seen by a DJ team in years.

The artist that I’m referring to is none other than Paul Oakenfold with his European label; Perfecto Records.  YEAH!!!

If you don’t know much about Paul Oakenfold, check out this bit from his bio, it’s littler just the tip of the iceberg for his career and it’s awesome!  “Paul has produced for megastars such as U2, Madonna (including her latest release “Celebration”) and The Happy Mondays. As well as three acclaimed artist albums under his own name. He has remixed Michael Jackson, The Rolling Stones and Justin Timberlake and released over 20 DJ mix compilations.

In recent years Paul has also been responsible for creating some of the most breathtaking film scores and cues for a long list of Hollywood blockbusters – including The Bourne Identity, Matrix Reloaded, Shrek 2, Swordfish and Collateral. But his most anticipated release is yet to come. Paul Oakenfold’s newest artist album ‘Pop Killer’ is scheduled for imminent release featuring The Red Hot Chilli Peppers, Gnarls Barkley, OneRepublic and B.O.B.“

I hope you had a great TRex Tuesday yesterday & stay tuned for some amazing events that I’m sharing this week.  From San Diego to Newport Beach and all the way up to Ventura – I’ll have some fantastic Weddings and events that I’ve had the honour of photographing.  And of course soon to come; the totally awesome party at LA Fashion Week with the Kate Mesta Crew.  I even managed to get a photo with Boo Boo Stewart from the Twilight movies too.  He was super polite & a really cool guy – Cheers!

PS, Check out this awesome quote that I shared on Facebook and Twitter.  I think it really helps keep things in perspective:  “When you judge another, you do not define them, you define yourself.” -Wayne Dyer” WHOA!

PPSS, I just coulnd’t resist & added the newest Above & Beyond music video featuring Zoe Johnston; You Got To Go.  Check it out!