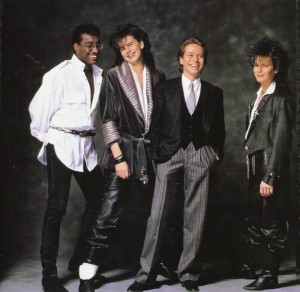 Good evening from Orange County everyone!  This is one Newport Beach wedding photographer that is avoiding the “naughty nutrition day” as I need to get back on track for a confirmed encore photo shoot of me by one of my best friends; John Remus.

You might remember the absolutely Amazing Portraits John did of me in Huntington Beach earlier this year that were also featured in his RAW Artists Gallery Show at the Playhouse in Hollywood up in Los Angeles.

Well… this week I’m gonna kick it up a notch again in honour of Esquire Photography’s official mascot; DRan Rex and take to the “HNL” as Eugene Struthers would say on MadTV.  If you’re wondering who DRan Rex is, he was totally busted hosting a photographer’s workshop yesterday here at EPHQ.  Check out this Photo I shared on my Facebook Fan Page last night.  He’s easy to spot in the photo with his sly grin on his face.  Of all the nerve!

Ok! If you may have seen yesterday or were chatting with me, I was calling yesterday TRex Tuesday.  Kinda in honour of DRan Rex and it being one more day closer to West Coast Wednesday. Which I might add was inspired by DRan Rex & yesterday being “TRex Tuesday” – RWARRRRRWW!!

All day I’ve been wondering what to share with you for a West Coast Wednesday Video Of The Week & then it hit me.  DRan Rex and TRex Tuesday both have something in common.  They reminded me of the 70’s band; “T Rex” that made the original song: “Bang A Gong.”  Which was later redone by The Power Station with guitarist; Andy Taylor & bassist John Taylor from Duran Duran, Tony Thompson on Drums & the late Robert Palmer on vocals.  They were most definitely an epic lineup of talented musicians!

I’m sure you’ve figured out which song I’m sharing with you and it’s definitely “Bang A Gong” by TRex.  YEAH!

So feel free to sit back with your favourite night cap “beverage” and enjoy getting your ears rocked a bit with some fantastic classic rock to wind down your West Coast Wednesday in Newport Beach, Huntington Beach or another part of this crazy world we’re all a part of.

Also remember to keep the “Butterfly Effect” happening and make it a totally positive one for someone else too – cheers!

PS, Here’s an awesome quote I recently shared on Twitter and I think helps keep the “Butterfly Effect” moving forward – spreading positivity.  “I never wanted to be a businessman, I just wanted to change the world.” Richard Branson  That’s a really profound statement to me, because I’ve always felt like that since a small child.  I’ve never just wanted to be a photographer, some guy with a camera.  But a person that can change the world & make it a better place.

PSS, I would love to share The Power Station video with you, but it’s blocked on You Tube, but totally click on this LINK and you can enjoy the music video on You Tube.

PPSS, The first two people to comment below AND correctly answer either one of the following two questions will receive The Power Station’s “Some Like It Hot” music video on iTunes from me.  And you can only answer one of them – not both, just in case you were wondering.  HeHeHe!

*  Question 1.  What is the name of the person playing the piano in the TRex video?
*  Question 2.  What is Duran Duran’s vocalist’s FULL NAME?

PPSSS, I have some absolutely amazing news & I will be featuring a new guest writer this week for the Wedding Tip Of The Week.  Stay tuned!!!