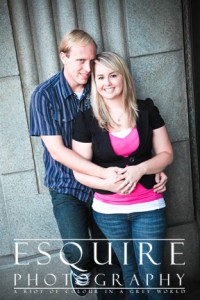 Good Evening Everyone!  Well check this out!  I’m back in my office after day two of working on my “Super Secret Project” that will be dropping soon for Brides and Grooms and I’ve got a delicious collection of some portraits from Carina & Tim’s Engagement Shoot at Disneyland in Anaheim, California.

I left for Carina & Tim’s Engagement Shoot after Virginia & Shawn’s Wedding up in Ventura at the Wedgewood Golf Club and got there just at our start time.  I was getting so nervous though as I gave myself just over 3 hours to get to Disneyland from Ventura and Katherine & hit more traffic in that one trip with the several accidents we passed than I ever remember.  In fact, it should have only taken 1 hour to an hour 1/2 – but not that day.  Crazy!

While we were at Downtown Disney waiting for Carina & Tim, we bumped into Ashley & David who also had their Engagement Shoot at Disneyland, is getting married in Monterey this fall and Ashley is also a Guest Writer on my blog as well (along with resident attendees of Glow & Electronica at California Adventure too!).

Carina & Tim’s Engagement Shoot kicked off at California Adventure where we walked around at some terrific spots for great portraits and having the opportunity to get to know each other better too.  After we left California Adventure, we headed to Disneyland for more fun and photos.  The timing was perfect too as I was able to capture a romantic portrait of them in front of the castle with nobody in the background.  It was a little bit before the fireworks display and it worked out to our adventure. 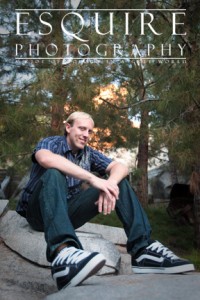 We had so much fun during their Engagement Shoot that night.  It was such an honour to get to know them better as I knew it would make such a difference during their wedding day.  And!  I was able to see how adventurous Carina is too as she made a grand exit from one of the spots that I took some fun portraits of them.

But before you check out a few of my favourites from Carina & Tim’s Engagement Shoot at Disneyland and California Adventure in Anaheim and you’re thinking to yourself… Hey – I’d really like to get to know this Orange County Wedding Photographer in Huntington Beach, California that shoots weddings all over from OC to LA to Ventura and to San Diego.  Feel free to contact me anytime!

So without further ado, here are a few of my favourite photos from Carina & Tim’s Engagement Shoot & I hope you’re having a super weekend too – cheers! 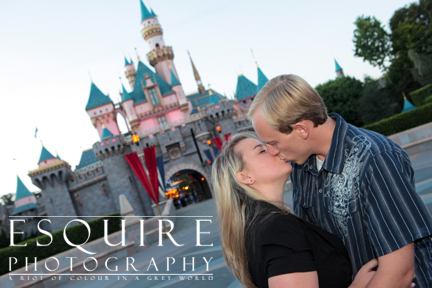