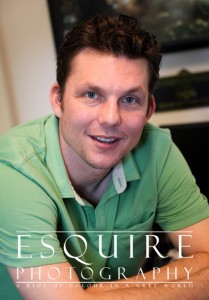 WELCOME to the next episode of “How To Make The Most Out Of Your Wedding Day!”

Thank you so much for joining me on “How To Make The Most Out Of Your Wedding Day!”  Every other week this online program is here to help Brides and Grooms be introduced to some of the best wedding vendors in the industry.  We’ll be sharing tips & tricks, along with features & benefits of why hiring professional vendors on your wedding day will not only save you time, but money & your sanity.

For this week’s program episode I am joined with the a fantastic wedding videographer; Mr. Michael Bauch from Wedding Video Pro.  I have had the honour of working with Michael on many weddings over the years.  We’ve worked together all over from Orange County to the Firestone Vineyard in Los Olivos for Anna Marie & Lee’s Wedding to Monterey for my guest writer; Ashley & David’s Wedding.  So for Michael to be interested in being on my program was the perfect gift for this holiday season.

If you don’t know much about Michael just yet, check out his bio, it’s totally impressive.

“As a kid Michael began making short films with his neighborhood friends using an old super 8 movie camera.  They would tell action adventure stories and use simple movie making technique and in camera editing, but it would form the basis for his love of story telling.  In high school he bugged his parents to pitch in and help him get his first video camera.  And once in college, he began working doing live educational programming to local high schools and he formed his own production company, A Pro-Vision Production and started filming weddings and events.

Bauch’s dossier also includes on-location television production for the History Channel in New York, Washington D.C., London & Paris and grant-funded documentaries filmed in remote villages of Alaska and the boroughs of New York. Bauch has produced several promotional pieces for non-profits such as the American Film Institute, Natural History Museum of Los Angeles County, George C. Page Museum at the La Brea Tar Pits, Santa Monica Bay Restoration Foundation and Rails-to-Trails Conservancy.  In 2010 he filmed his own independent documentary, Riding Bikes with the Dutch, which is used by the government in Amsterdam to introduce Americans to the incredible biking lifestyle of the Dutch.

Throughout this time Michael also continued to create documentary-style wedding videos, looking at weddings as another way to hone his skills and tell a great story.  He has covered hundreds of weddings throughout his 16 year career, including on-location in Puerto Vallarta Mexico and in the middle of Dodger Stadium, complete guest of honor, Tommy Lasorda.  His work has also been featured on Lifetime TV’s Weddings of a Lifetime.

“A good wedding videographer has to be able to predict the future…you always have to be one step ahead of the game in order to catch those magic moments that will never happen again.”

So sit back with a pad of paper & pen and be ready for some great information on “How To Make The Most Out Of Your Wedding Day” with Michael Bauch.

PS, Michael recently had his documentary movie premier at the Art Theatre; “Riding Bikes With The Dutch.”  Totally check that out – I love that he’s helping make the planet a better place!

And Because “Pobody’s Nerfect” – enjoy some of our fun outtakes!