Long-Time Clients; April & Jason Of 281 Motorsports Celebrated Their 5 Year Anniversary With A Red Carpet VIP Gala At Their Fortress Of A Shop! 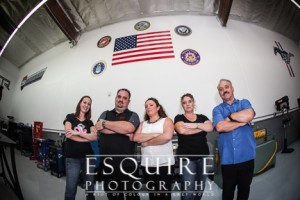 Good evening from Esquire Photography HQ everyone!  As I’m sure you saw on my Facebook & Twitter updates earlier today, the contest I’m hosting with Simply Bridal – giving away a FREE wedding dress received 2 new endorsements from Spouses of Norfolk Naval Station & Military Discount Finder have now joined the rapidly growing list with the US Marines, Military Disney Tips & 281 Motorsports.  Can I say WHEW HEW!

Well… speaking of 281 Motorsports… If they sound familiar to you – it’s because I’ve had the honour of working with the owners; April & Jason of this MEGA company for the past 6 years, first photographing their gorgeous San Diego Wedding Day at Paradise Gardens back in 2007 & their huge 281 Motorsports / Jason’s Birthday Party bash in 2008.  So when I received a note from April & Jason last week what I was doing on Friday & if I’d be interested in photographing the red carpet 5th anniversary VIP Gala for 281 Motorsports, I quickly cleared my calendar for them & said yes!

If you’re a Ford Mustang enthusiast, check out a clip from 281 Motorsports’ About Page:

“Our business model is pretty simple. We love the tire-shredding, horsepower-craving, adrenaline rush that you get when canyon carving on a nice sunny Southern California day. Whether it’s winning a gentlemen’s grudge race up at Willow Springs Raceway or taking a First Place trophy at a local car show… we know and understand how awesome it feels to win!”

April & Jason’s 5th Anniversary VIP Gala for 281 Motorsports was ahhhhhfreakinmayyyzeeng!  From the parade of modified & custom Ford Mustangs & Saleens outside the shop & displayed inside, to the homemade tacos & treats, thousands of dollars in raffle prizes given away, to the ROCKIN friends they had as a band slaying the music all the way to the very end of the night – their party was one for the books!

Before you scroll down to check out the video of the 281 Motorsports 5th Anniversary red carpet VIP Gala AND the guest appearance by the biggest Military Mascot; Max and you’re thinking…  Hey – I’d really like to get to know this Newport Beach Photographer who loves the arts, feel free to contact me anytime.  I’m available just about 24/7 via Twitter, Facebook, Google+, the form on my contact page, or the old fashioned phone as well at 888.ESQ.PHTO (888.377.7486) or 562.225.5915.

I hope you’re having a great weekend AND be sure to check out the contest (LINK) I’m hosting with Simply Bridal – giving away a FREE Wedding Dress endorsed by the United States Marines, 281 Motorsports, Spouses of Norfolk Naval Station, Military Discount Finder AND Military Disney Tips!  WHEW HEW!