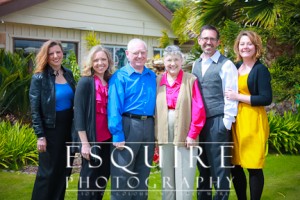 Good afternoon from Orange County at Esquire Photography HQ everyone!  It’s a totally super Saturday and I’m one Newport Beach Photographer with Duran Rex who are totally excited to share our very own Rock Star Client Concierge; Linda’s Dad’s 70th Birthday Party down at the Alano Club in San Diego that I photographed!

With all the exciting photo shoots, weddings and events going on with Esquire Photography around the world (like my next International Photography Workshop in London, England) it’s definitely an awesome 2012 so far.  And!  It’s only the middle of May!

If Linda sounds familiar, it’s because she recently asked me to do a really awesome Portrait Photo Shoot of her in Long Beach.  Which she obviously totally rocked!

I first had the honour of meeting Linda nearly a decade ago when she hired me to capture some photos of her Girl Scouts troop.  From there & over the past ten years, Linda has hired me to do other photography projects for her – but more importantly to me, we’ve become really awesome friends.  So when she reached out to me to photograph her father’s 70th Birthday Party down in San Diego – there was only one word that escaped my lips and that was a resounding; YES!

Linda’s sister; Ann & brother; Victor & brother’s wife; Cassandra showed up early to help set everything up for the party.  As to be expected, Linda is a MEGA awesome planner and was able to arrange some extra time for all of us to kid around before the party.  Plus!  We were able to do some really and I mean REALLY colourful family portraits too with the overcast puffy clouds we had for the tropical sky.  What was crazy about the portraits was everyone wore the best colours for their outfits & it wasn’t even planned that way!  From the pizza monsters who delivered the lunch, to the family portraits, and romantic impromptu portraits of Linda’s brother & wife – her Dad’s 70th Birthday Party was a total blast!

Before you scull down to check out the fun slide show video I’ve put together with some of my favourites from Linda’s Dad’s 70th Birthday Party in San Diego, I really want to give a shout out to Linda…

Thank you so much Linda for inviting me into your family’s lives so I could capture all the fun & memories that was going on at your Dad’s San Diego Birthday Party.  It’s totally an honour to have known you over all the years, to work with you and more importantly to me – to have you as one of my oldest & best friends in my life.  Thank You!

I hope you’re having a great start to your weekend and stay tuned for many other amazing events that I’m sharing and some more May Madness Promotions.  From San Diego to Newport Beach, Ventura and all the way out to Paris, France and Berlin, Germany – I’ll have some fantastic Weddings and events that I’ve had the honour of photographing.

PS, Check out this awesome quote I shared on Twitter keeping the “Butterfly Effect” moving forward – spreading positivity.  It’s a totally new one & I really think it is so very true.  “Ability is what you’re capable of doing.  Motivation determines what you do.  Attitude determines how well you do it.” — Lou Holtz.

UBER PS EXTREME!!!  If you thought the first few days of “MAY MADNESS” have been pretty cool, then you definitely want to keep up with me every day in May.  There’s a GRAND FINALE coming up at the end of the month & trust me, You’ll LOVE IT!