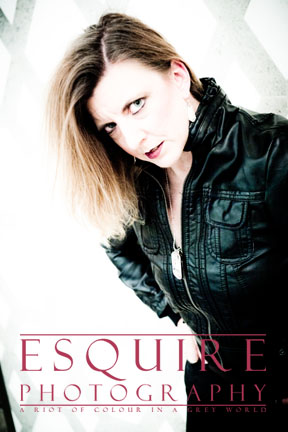 Good evening from post production central; Esquire Photography HQ in Newport Beach everyone!  I’m one Newport Beach Wedding & Portrait Photographer who’s excited to kick off 2012’s first entry with a totally special and MEGA story AND artistic portraits to share with you.

As I’m guessing you had seen on Twitter & Facebook, 2011 was bursting at the seams with Engagement Shoots, Portraits and Weddings I photographed from Newport Beach down to San Diego and all the way up to Oakland.  There was even the Military Promotion that went on throughout the end of 2011 and the Workshop I taught with my good friend & fellow photographer Danny in Paris France.

But!  There was one photo shoot that I was dying to do – but it needed a little more homework for the location and wardrobe.

It was a portrait shoot of my Rock Star Client Concierge; Linda.  If you haven’t had the honour of chatting with, working with or even getting to know Linda yet, I really suggest that you do.  Your life will be richer because of it!

Linda & I first met nearly a decade ago when she hired me to capture some photos of her Girl Scouts troop.  From there & over the past ten years, Linda has hired me to do other photography projects for her – but more importantly to me, we’ve become really awesome friends.

Last year, my family business of nearly 30 years had some fantastic experiences, growing pains, a couple technology speed bumps and a few staff changes.  One of which was the need for a replacement assistant for me.  I needed someone I could trust not just with my business, but more importantly to me; my family name.  I had been advertising for nearly a year, chatting with people that were interested in the opportunity, but it wasn’t until Linda reached out to me that she had seen I was looking for someone & offered to see if I would be interested.

Fast forward several months later & armed with a Masters degree in Business & Marketing, Linda has the taken things over for me in a way that is unparalleled by previous assistants and other’s that have tried & failed for my not-to-unreasonable high expectations.  Not that what I expect is unreasonable, but I expect the same thing from others that work with me that I deliver every day and that is my best.

After returning from my trip to Paris AND Berlin shooting, for the workshop and getting caught up on nearly 2,000 emails – Linda & I got together at a secret location to do some portraits of her.  They’re also not just for Esquire Photography so people could put a face to her voice & emails – but I really wanted to to capture Linda’s fun, playful, serious & passionate persona.  AND!  I wanted to shoot it old school, so I broke out my Leica M8 armed with my 35mm lens from 1958 (Yes, you read that right & it was THE go to camera in Paris & Berlin!) and we proceeded to rock her photos in about an hour.  I absolutely prefer to shoot ALL manual as it forces me to get what I do in the camera about 99% accurate & the model has to slow down & get it right as well.  SAHWEET!

ALSO!  Check out the killer dog tag Linda is wearing by uber designer to the celebrities; Kate Mesta.  It screams Madonna with the colours and peace symbol on it.  So totally perfect and Linda got it for her birthday last month before I left for Paris & Berlin.  Awesome!

I’ve put together a rockin’ and fast slide show of just a few of my favourite photographs I captured during Linda’s Long Beach Portrait Shoot below.  I’ve also been able to license another song from the local Southern California MEGA band; Darvoset featuring; Kristine, Jay, Brian & Lindsay who you might remember in their MEGA Riverside Photo Shoot. The song is “Benign” and it has a certain edge, passion and creativity in it which is exactly perfect for Linda’s photo shoot!

But before you scroll down to check it out and you’re thinking… Hey – I’d really like to get to know this Newport Beach Wedding Photographer (Previously a Huntington Beach Wedding Photographer) that loves music & fashion, photography and art, feel free to contact me anytime.  Perhaps you’re a fan of Nachos & Newcastles (like Duran Rex and I) and if so – we could always meet at Fred’s Mexican Cafe on Main & PCH in Huntington Beach.  They’re awesome there!

I hope you had a great holiday season and stay tuned for some amazing events that I’m sharing.  From San Diego to Newport Beach, Ventura and all the way up to Oakland – I’ll have some fantastic Weddings and events that I’ve had the honour of photographing.  And of course soon to come; LA Fashion Week, the VIP Party Manny “Pac Man” Pacquiao had at The Supper Club in Los Angeles and the American Music Awards Pre-Party at Ben Kitay Studios with Kate Mesta – Cheers!

PS, Check out this awesome quote I shared on Twitter keeping the “Butterfly Effect” moving forward – spreading positivity.  It’s a totally new one & I really think it is so very true.  “Success is not counted by how high you have climbed but by how many people you brought with you.” – Wil Rose.