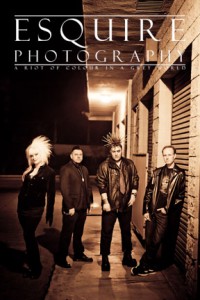 Good morning everyone!  This is one MEGA excited Newport Beach Wedding Photographer in Orange County who is on a totally stoked to share an absolutely EPIC West Coast Wednesday Video Of The Week.

Before I share today’s West Coast Wednesday Video Of The Week from straight out of Orange County, I totally want to give you a taste of last night’s festivities at LA Fashion Week’s party with Kate Mesta.

In the past few days you may have seen some of my Facebook and Twitter updates that I was hired again by the amazing jewelry designer to the celebrities; Kate Mesta – who I had the honour of working with at the Oscars Party at Paramount Studios in Los Angeles and of course the out of this world Los Angeles Portrait Photo Shoot that I did with UK model & actress; Jane Lavin and more recently LA Fashion Week.  So when I received a call from Kate’s publicist; Sondra that they wanted to hire me to capture the American Music Awards Pre Party on Saturday – I immediately said yes!

As if that wasn’t awesome enough, I was in Camarillo to photograph Amy & Ron for their totally gorgeous wedding at the Wedgewood Golf Club Sterling Hills.  You probably recently saw Amy & Ron’s Anaheim Engagement Shoot at Disneyland & Downtown Fullerton – which was totally amazing and just the tip of the iceberg of fun I had with them on Sunday.

Then that brings me to 48 hours ago on Monday with something that I was very happy to do.  While I’ve been putting in epic hours of post production working on more than 1/4 million photos to shrink the delay time from the AT&T debacle this fall AND shooting up to 4 days a week all over Orange County, San Diego, Ventura & more…  I received a note from Kristine from the mega awesome band Darvoset about a week ago they wanted to green light a photo shoot with me for some marketing materials for the soon to be released BRAND NEW CD and LIVE PERFORMANCE on November 29th at Slidebar in Fullerton.

So after an awesome 10 hour day Monday returning as many emails as I could after being out of my office for nearly three days & nights straight and a meeting with Kate Mesta in Laguna Beach for a couple hours, I zoomed in Rio out to PRIMO Studios in Riverside to do a shoot with Darvoset.  To give you an idea of the experience, I shared a couple photos on my Facebook Fan Page.  There was a photography from the Portrait Session, a photograph of them Rehearsing and of course… a guest appearance from Duran Rex.  YEAH!

The core of Darvoset has always consisted of JAY (synths, bass, guitars, lyrics) and KRISTINE (vocals, lyrics). Various members come and go, and BRIAN (keys) is the latest full time member of the band making Darvoset a trio… for now.  For live concerts, Darvoset hires musician colleagues to complete the sound laid down on recordings.  At the moment, GARRON GASH (guitar) and LINDSAY ROGERS (bass) join them onstage.

Darvoset strive to defy categories and blandness.  They do not want to be put in a box, labeled, and sealed away.  The best way to describe them is a “musical sponge.”  They soak up all that has been, mix it together, and spit it all out as Darvoset.  They love all kinds of music, and that’s evident in their diverse songwriting palette: classical, jazz, ragtime, and symphonic influences are easy to hear.  Not ignoring the rock era; such as 50’s piano based rock and roll; 60’s British invasion; 70’s disco freaks and punk looks/attitudes; 80’s new wave style and synth pop dance explosions.

Now with all this said, it seemed only appropriate to feature Darvoset for this week’s West Coast Wednesday Video Of The Week in a slide show I put together using some of my favourites from their photo shoot.

I hope you had a great TRex Tuesday yesterday & stay tuned for some amazing events that I’m sharing this week.  From San Diego to Newport Beach, Ventura and all the way up to Oakland – I’ll have some fantastic Weddings and events that I’ve had the honour of photographing.  And of course soon to come; LA Fashion Week, the VIP Party Manny “Pac Man” Pacquiao had at The Supper Club in Los Angeles and the American Music Awards Pre-Party at Ben Kitay Studios with the Kate Mesta Crew – Cheers!

Speaking of Kate Mesta, I want to give a Shout Out & Thank You to celebrity designer Kate Mesta for providing the “One Of A Kind” original pieces of jewelry and wrist cuffs for Darvoset’s photo shoot.  Your immense passion & never-ending zeal for detail and excellence in your work provided the necessary accouterments to complete the look for the photo shoot.  You Rock!  XOXOXO!

PS, Check out this awesome quote that I shared on Facebook and Twitter.  I think it’s from Sam Walton (Wal Mart): “The price of excellence is discipline.  The cost of mediocrity is disappointment.” – William Arthur Ward.  Can I just say that’s MEGA awesome!