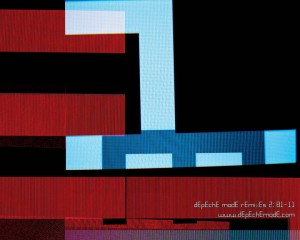 Good morning everyone!  I am one Newport Beach Wedding Photographer that just wrapped a super awesome weekend shooting out of town and I got a treat for you for this week’s West Coast Wednesday Video Of The Week.

I woke up this morning thinking about what I wanted to share with you & had the thought, what about sharing some of the all time best music videos.  Then I thought – how about sharing them from the inception of MTV back in 1981 to current.  There’s got to be quite an amazing lot of artists to enjoy.  So that’s what I want to do for this summer’s series of the West Coast Wednesday Video Of The Week.

The first band that I want to kick off with – takes us wayyyyyyyy back to 1981 and it just so happens that they’re one of my favourite bands of the 80′s too – so I just had to share them with you.  The group is Depeche Mode and if you’re not too familiar with Depeche Mode, check out their history that I picked up on Wikipedia, it’s awesome!

(Oh… And they’re from the UK as well.  Hmmm… Maybe I am continuing the British Invasion subliminally?!?  Hee Hee Hee!)

“Depeche Mode (pronounced /dɨˈpɛʃ/ də-pesh) are an English electronic music band which formed in 1980, in Basildon, Essex. The group’s original line-up consisted of Dave Gahan (lead vocals), Martin Gore (keyboards, guitar, vocals, chief songwriter after 1981), Andy Fletcher (keyboards) and Vince Clarke (keyboards, chief songwriter 1980–81). Vince Clarke left the band after the release of their 1981 debut album, Speak & Spell, and was replaced by Alan Wilder (keyboards, drums) with Gore taking over songwriting. Wilder left the band in 1995 and since then Gahan, Gore, and Fletcher have continued as a trio.

So without further ado, I give you Depeche Mode with a live performance recorded at the Odeon in 1982 of “I Just Can’t Get Enough” from Newport Beach for today’s West Coast Wednesday Video Of The Week.  I wanted to share the “Official” video with you from 1981, but unfortunately You Tube has it blocked from being embedded, so I’m going with the same song, but recorded just one year later – which kinda sorta makes it from 1981.

So feel free to sit back with your favourite morning beverage (I’ve got my coffee!), enjoy some awesome synth pop of the 80′s and kick off your West Coast Wednesday positively in Newport Beach, Huntington Beach or another part of this huge planet that we’re all a part of.

PS, Thanks so much for your patience with a lot of the events that I’ve been shooting and not able to get online as quickly as I prefer.  There’s quite a bit of growth happening with Esquire Photography and I’ve recently needed to bring on a Business Manager to give me more time to take care of the weddings and events that I’m photographing around Newport Beach, San Diego and Ventura (Like this past weekend with a wedding on Friday & one on Saturday – both up at the Wedgewood in Ventura & then an encore photo shoot with UK model & actress; Jane Lavin.  Yeah!).

PSS, You may have seen me chat it up over the past year or so about the “Butterfly Effect” and how much it means to me.  It’s stemmed from Chaos Theory and in chaos theory, the Butterfly Effect is the sensitive dependence on initial conditions; where a small change at one place in a nonlinear system can result in large differences to a later state.