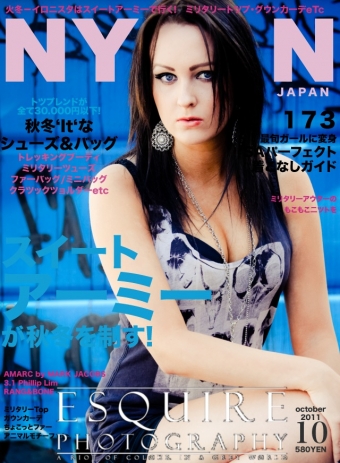 Good morning from rain-soaked Orange County everyone!  This is one Newport Beach wedding photographer that’s doing his best to ward off & keep at bay whatever bug is going around.  If you saw my Twitter or Facebook note on Monday, then you saw that I was one photographer down & out in Newport Beach with a funky stomach.  Well… it’s back & reminding me that I’m human.  Ugh!

One thing it didn’t do was take away the thought of what I wanted to share with you for this week’s West Coast Wednesday Video Of The Week.  So take that Mr. Funky Stomach.  Muah Hah Hah!

That said, riddle me this – what do you get when you combine vocalist; Simon Le Bon, keyboardist; Nick Rhodes, drummer; Roger Taylor & Mr. “Play That Fookin’ Bass John!” bassist John Taylor?  Only the BEST band in the world.  Or otherwise known as Duran Duran.  Yeah!

(SPOILER ALERT! If you’re planning on going to see Duran Duran on tour this year.)

If you were at the Duran Duran concert last week, then you noticed they were one song short in their signature song list.  A surprise to several thousands of fans and me as well.  I actually thought they were going to do another encore because it is so deeply seeded in their brand.  But alas, they didn’t.

The song that was missing was “Girls on Film” and if you’re thinking; “No Way! That can’t be!” – I must say it was, but they did play a lot more of their new material and even mixed in some seriously awesome Frankie Goes To Hollywood with “Relax.”

So!  Before you check out this week’s West Coast Wednesday Video Of The Week inspired by the Duran Duran concert last week at Nokia Theatre and you’re thinking… Hey – I’d really like to get to know this Newport Beach Wedding Photographer (Previously a Huntington Beach Wedding Photographer) that loves music & fashion, photography and art, feel free to contact me anytime.

So sit back with your favourite morning brew on this rainy day and enjoy getting your ears rocked with some dancified tunes from Duran Duran in their “Live in London” performance of “Girls on Film” & Frankie Goes To Hollywood with ‘Relax” for your West Coast Wednesday in Newport Beach, Huntington Beach or another part of this crazy world we’re all a part of.

Also remember to keep the “Butterfly Effect” happening and make it a totally positive one for someone else too – cheers!

The Super PS, I’m still on the search for ONE MORE TOTALLY AWESOME replacement photographer to join the Esquire Photography team in Newport Beach, Huntington Beach, San Diego and Ventura.  If you or some you know understands the importance of wedding photography to brides & grooms along with the ability to check their ego at the door, totally contact me ASAP.  Thanks!!!

PSS, There are other photos on my Facebook Page, but here is ONE that I shared that night from Duran Duran’s performance.  I’ll have MANY more coming soon!

PPSS, The third video was recently shared with me on Google+ and I thought I would share it with you.  It’s a video of a 29 year old woman that was deaf, but heard her voice for the first time.  Being a person that is hearing impaired and born deaf in my right ear, I can appreciate this experience to a point.  Also, being hearing impaired is probably one of the reasons why I absolutely love music so much.