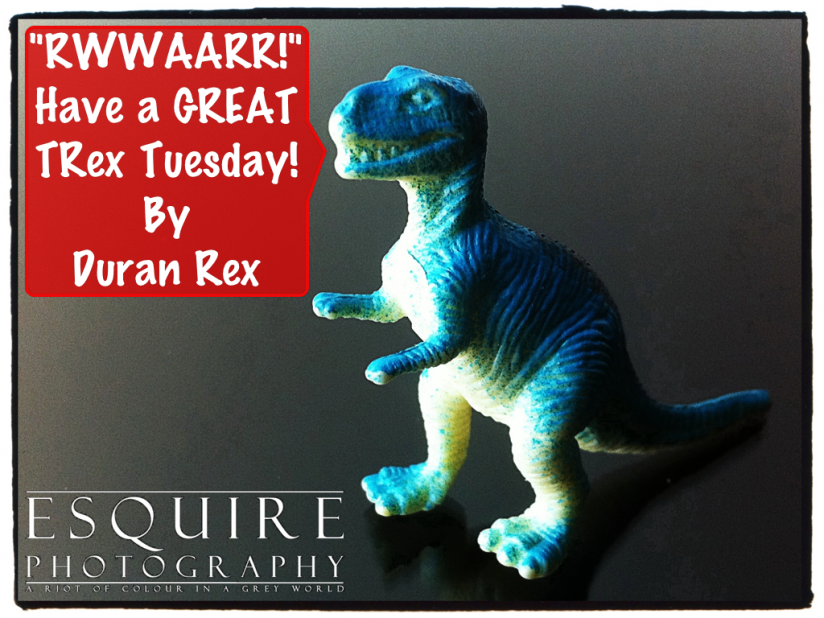 Which I believe is Dino Speak for “Have a GREAT TRex Tuesday!”

I’m about to head out to meet up with my TFF & Duran Duran BFFs; Carri & Kai to see Duran Duran in concert in downtown Los Angeles at the Nokia Theatre and had to drop you that message from Duran Rex.

ALSO!  I caught word that Kristine from the UBER-AWESOMEband; Darvoset who’s song; “Want It” which was recently featured in the video of UK Model; Jane Lavin – that I recently shared on Esquire Photography is going to Duran Duran as well tonight.  So be on the lookout for her too!

If you’re going tonight, totally send me a text message to my iPhone or Tweet me as several of us might be getting together at the end of the show.

So in the cool words of Duran Rex… Have a GREAT TRex Tuesday – RWWWAAAAARRRWWW!!

Whether you’re in Newport Beach, Los Angeles, or down in San Diego – I hope your week is off to a terrific start – cheers!

PS, Darvoset is PERFORMING LIVE on October 8th at the Galaxy Theatre in Santa Ana.  I’m definitely going straight after I photograph Adrienne & Jeremy’s wedding.  Who you might remember from their completely EPIC Laguna Beach Engagement Shoot at the Montage Resort Laguna Beach I recently did with them.  So if you’re going, let me know as Kristine has assured me my bedazzled and blinged out “VIP, Backstage, All Access, Cool Guy” pass will give me an opportunity to capture some cool photos.  She also told me that Rainbow Brite has nothing on my VIP pass.  Something to do with “Rainbows & Unicorns.”  Hmmm…

PSS, I’m sure you’ve seen some of the quotes I’ve been sharing on Twitter keeping the “Butterfly Effect” moving forward – spreading positivity.  Well, tonight I thought I would share some of my current favourite quotes that are pillars of strength for me & I would love to hear which one you like or which ones are important to you.  Here are mine: