Stolen Equipment Update & Disappointed In The Outcome With Samy’s Camera 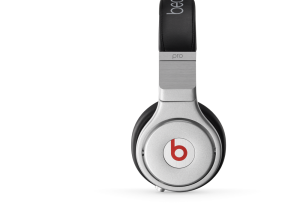 Good Afternoon Everyone!  If you’ve been following me on Twitter & Facebook or the other social media platforms that I’m on, then I’m sure you saw how I recently had a very unfortunate incident with Samy’s Camera in Los Angeles.

Well, I have an update to share with you & unfortunately it’s left me really disenfranchised.

Here’s what I shared on Facebook just a few moments ago.

I wanted to let you know that I recently received a partial payment from Samy’s Camera for 1/2 of the full amount of the Beats by Dre Professional Headphones (http://www.beatsbydre.com/headphones/beats-pro/beats-pro,default,pd.html) that were stolen at the Los Angeles store.

Over the past several days I felt I needed to give it some additional thought on what I wanted to share with you about the outcome of the situation.

While I’m happy that Samy (the owner of Samy’s) chatted with me on the phone about the theft at his store just over a week ago & pledged to replace the professional Beats by Dre headphones, I’m disappointed he did not stand by his word & replace them in full.  When I reached out to him to share with Samy I received the check for the partial payment, he was cold to me and insistent the headphones were only $200.00, not the full amount of $399 + CA taxes.

In the end, I’m left with a very “meh” feeling towards Samy’s camera.  I’m disappointed in his lack of follow-through and commitment to his word on replacing the headphones & sadly, am coming to the conclusion that Samy not being a man of honour & integrity – standing by his word, will force me to take my business elsewhere out of California to other reputable establishments like B&H Photo Video Pro Audio.  B&H, who very recently, had the assertiveness to help my friend & professional photographer: John Remus III when Canon Cameras shined him on after spending $7,000 on a new professional camera.

If you’re wondering what the impact will be from just one photographer at a professional retail establishment be.  Well… to give you an example of when I switched brands from Minolta to Canon, that was roughly $40,000 in new cameras, lenses and accessories.  This of course does NOT include the near $3,000 in donations I made to the staff at the Orange County Samy’s camera store over Christmas with unused gear.

Then there’s going forward into the future.  What will one photographer’s impact be on a retail store.  For starters, in 2011 I started to build up my Leica Camera arsenal with a M8, a 35mm Summaron lens, a 135mm Hektor lens, a 50mm Elmarit lens, a Voigtlander 15mm lens and of course the FL58 Flash that I bought when my property was stolen – and I’m currently researching the market for the new Leica M-E that’s coming out soon along with a Leica 24mm lens which and considering the new Canon 5D Mark III – all of which will roughly cost another $12,000-$14,000 in new gear.

In the end, Samy didn’t stand by his word and it’s resulted in the LOSS of very a dedicated, loyal and satisfied professional photographer who will now be taking his business elsewhere and will no longer refer Samy’s to any future clients when asked where to shop.  Something I have done many times over for nearly 20 years.

This may sound like a broken record, but I’m really disappointed in this outcome & disenfranchised with Samy not sticking to his word.  He seemed so very genuine on the phone, elated that I would update everyone in social media about how he would take care of the headphones and I was truly blown away by it – all of which I had shared on social media.

But in the end – I’m left with having to front more than 1/2 the bill for a replacement pair of headphones (which I use regularly for ensuring sound accuracy when editing my client’s videos & remixing my music) and a crappy feeling that Samy wasn’t a man of his word.  Which as you all know – is a huge part of who I am both personally AND professionally.

But as they say in business: “Churn is good for the competition.”

PS, the photo of the headphones is from Beats By Dre’s website.  I never had an opportunity to capture a photo of mine as they were only a couple months old.

« The Testimonials & Compliments From Rachel & Martin’s Burbank Wedding At The Calamigos Equestrian Centre Have Been Totally Incredible!Are You A Dreamer? I Am And I Pursue Them Each And Every Day Of My Life. »