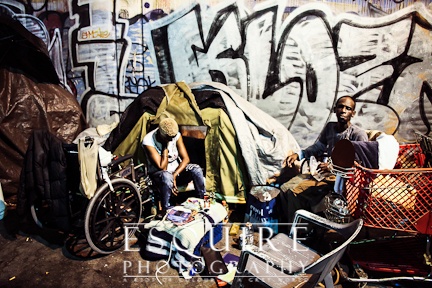 Good afternoon from EPHQ everyone!  As I’m sure you’ve seen on Twitter & Facebook the past few weeks have been really amazing with a personal project that I had the honour of working on.

Not only that, Christin & Christoph’s destination wedding in Germany (here’s their totally romantic Portrait Shoot in Berlin!) AND more recently – being chosen as a Google #GlassExplorer and preparing to share a VERY BIG announcement with Esquire Photography wedding partner: Simply Bridal.

Recently, Craig from Brits In LA shared with the group that the critically acclaimed UK photographer; Rankin was doing a special installment of The Hunger Magazine.  The installment is hosted by Heifer International & Brits In LA and intended to create more awareness for eating disorders and poverty.

If you’re not too familiar with the Heifer International, it is “a mission is to end hunger and poverty while caring for the Earth. Since 1944, Heifer International has helped more than 18.5 million families by providing livestock and environmentally sound agricultural training to improve the lives of those who struggle daily for reliable sources of food and income.”

This particular project was and is of great interest to me.  Last year right before Christmas I was returning to EPHQ after a photo shoot in Los Angeles & got detoured into downtown because of construction.  One of the roads the detour took me down as literally filled with tents of people sleeping in them (It was about 1:00 a.m.) and many others were sleeping on chairs, sleeping bags or on the street with nothing at all.  In the middle of it, I had captured an iPhone photo & shared it with you reminding you to be thankful for the things you have been blessed with in your life.

Since that night, the image of all those people living in what looked like a “tent city” within a city was constantly in my mind.  So when I received the note from Craig at Brits In LA, I immediately jumped at the opportunity because I knew exactly what I wanted to do.

I coordinated my shoot a few weeks ago after a full day of hanging out with several professional rock stars in Newport Beach (One of the original members of the band; Cream was there!), a photo shoot of the VIP reception of “Love Letters” starring Sam Elliot & Katherine Ross for The Malibu Playhouse.  It was about midnight when I finished in Santa Monica & headed to downtown Los Angeles.  What I didn’t expect was that within about a year 1/2 – the “tent city” was MUCH larger sprawling through many streets, alleyways and even the more populated areas of downtown Los Angeles where people were exiting nightclubs, bars and restaurants.

As I drove through downtown Los Angeles with my Canon DSLR & Google Glass (I’m one of the chosen Glass Explorers), I would stop at scenes that spoke to me & would approach people sharing with them what I was doing & asking if I could capture a portrait of them in exchange for some of my own personal money.  Several people did not want to do it, some didn’t mind and the one that was most powerful to me, was happy to accept my exchange and within 30 seconds of capturing photos & videos – the gentleman of the couple said: “you better hurry up – this is a warning.”  I heeded his warning as people were beginning to swarm me capturing photos & videos of the scene.

The entire shoot lasted about 4 hours in the middle of the night, with me returning to EPHQ just moments before the sun came up.  I will never forget the rawness of reality that is happening in one of the richest cities of the world; Los Angeles.  There is an obvious problem that is growing exponentially around the world.  This is a problem that is in everyone’s towns, villages and cities.  We just need to open our eyes & realize that.

To see the portrait I submitted for consideration for this event event hosted by Brits In LA and Heifer International, just click this LINK and even though voting for the event was over yesterday morning, you can still make a difference & sign up for Heifer International, donate at a food bank, mentor a child or even when you see someone on the street who is obviously going through a rough patch in their life, buy them a hot meal or share a couple dollars with them.  We can all make a positive difference in this world & help keep the Positive Butterfly Effect alive & strong.

I also want to give a shout out to one of the most prolific artists, photographers, singers, DJs, musicians, philanthropists, activists and creative minds in the world; Moby.  THANK YOU for allowing me to license one of my favourite songs for this charity project.  Your music has been inspiring me for more than 20 years & having seen the passion you put into your music both virtually and in the two performances I had the honour of seeing both at the Hollywood VFW Hall and then your MEGA event; Area One, you’ve been an inspiration to me and it’s an honour to showcase your music for this video.

Before you scroll down to check out my some of my favourite photographs from my photo shoot captured on a traditional Canon DSLR and the most advanced wearable computing device; Google Glass and you’re thinking you’d like to chat about your project or photo shoot, totally comment below or contact me anytime day or night.  I’m available just about 24/7 via Twitter, Facebook, Google+, the form on my contact page, or the old fashioned phone as well at 888.ESQ.PHTO (888.377.7486) or 562.225.5915.

I hope you’re having a great week AND STAY TUNED for Christin & Christoph’s wedding in Mirow, Germany very soon.  There were over 10,000 photos captured during the week that I was in Germany & I’m so excited to share them with you.

What you see in the video below can happen to anyone!

To reach & inspire another on how much of a difference they can make in someone else’s life!

« Esquire Photography Partner; Simply Bridal Has A Great Wedding Tip To Honour Your Father On Your Wedding DayI Was Interviewed For The Daily Mail UK About My Portrait “The Face Of Hunger” With Rankin, Brits In LA & Heifer International »