The Official Poster For The Movie; “Skyfell” I Was A Set Photographer & Actor On For The Toscars Hosted By Brits In LA Was Released Today! 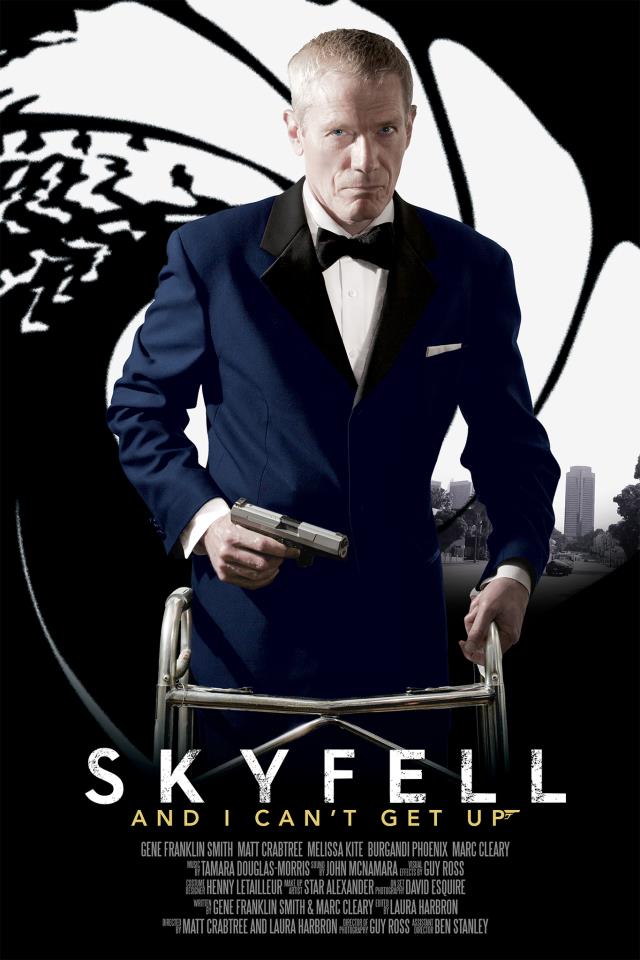 Good evening & from EPHQ everyone!  I have a really quick update to share with you & that is the amazing poster that you see just above.

As I’m sure you have seen on Twitter & Facebook – last week and weekend was spent at “Secret Lairs” around Southern California filming “Skyfell (And I Can’t Get Up) for The Toscars that will be shown on Feb. 19th & hosted by Brits In LA.  Well, earlier this afternoon I received a note from one of our two leaders; Matt Crabtree that the poster for our movie was complete and I’ve been dying to share it with you.  Can I say WHEW HEW!

If you’re not too familiar with The Toscars, check out this bit from their website:

“We parody the nominated movies for best feature. Teams were chosen on Jan 25th, 2012  – Everyone had three weeks to complete there short film.  Films were due by Monday 20th.  To produce, write, star in, costume, make-up and edit a 5 minute short parody of the film you were assigned – Teams were chosen randomly.

The Tuesday before Oscars we held a red carpet event and screen all the films.  Everybody had a ballot to vote on their favorite toscar, Whactor, Whactress, Best Supporting Whactor and Whactress.  Teams were chosen at random and were lead by two team leaders who acted as both producer and director – unless they would rather cast someone else from their team to take their place.

This was the most fun we’ve had all Oscar season!”

I wish I could share more with you about our movie, but I can say that last weekend was definitely an awesome experience working with all the creative minds that made magic happen in front of and behind the camera.  Now I’m counting the days that I I’ll be able to share the red carpet with everyone at the event which will be at the Egyptian Theatre in Hollywood!  :-)

Also, The Toscars are open to the public, so if you want to have a great time at the event and rock the night away for the after-party, be sure to get your tickets ASAP on Eventbrite here:  http://toscars6-estw.eventbrite.com/.  I’ve been told tickets are selling fast, so don’t wait!

Now that you have an idea of one of the awesome things that are going on at Esquire Photography HQ in Newport Beach & you’re thinking…  Hey – I’d really like to get to know this international photographer who loves music & fashion, photography and art, feel free to contact me anytime.

I hope you’re having a great week and stay tuned for more amazing events that I’m sharing from Newport Beach, all the way out to London, Paris, Costa Rica, Germany and Switzerland.

PS, I want to give a really MEGA shout out to Burgandi Phoenix.  Thank you so much for thinking of me for the opportunity & I’m totally excited and honoured to be able to work with you.  XOXOXO!  :-)

« I’m One International Photographer Who’s Totally Honoured To Be The Set Photographer For My Team That Is Filming For The ToscarsI Had The Honour Of Filming & Photographing; Rock Band: Superfix’s Live Performance Music Video At The Canyon Club In Agoura Hills »