I Had The Honour Of Filming & Photographing; Rock Band: Superfix’s Live Performance Music Video At The Canyon Club In Agoura Hills 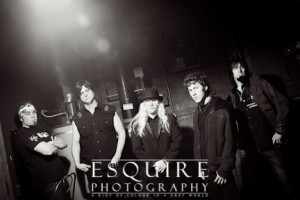 Good afternoon from EPHQ everyone!  I’m one international photographer who’s been dying to share with you one of the most rockin’ collections of musicians I’ve had the honour of working with; SUPERFIX!

AND more recently – getting hired as the Set Photographer AND as an Actor on the upcoming movie; “Skyfell (And I Can’t Get Up)” for The Toscars & photographing the John B Concert all the while kicking off the EPIC Military Discount Program, AND landing two new sponsors that I’m about to share with you soon.

If you’re not too familiar with SUPERFIX, check out this soundbite about them from their page on Facebook:

“SUPERFIX is a supercharged melodic rock band. Playing all over California and Nevada. Equally incredible is the music and the stage performance.

SUPERFIX will keep your attention from the moment they hit the stage, until the last wailing guitar note is played.”

What’s also really awesome about the rock band; SUPERFIX is one of the members of the band; Eric is a client of mine who’s Ventura Wedding I had the honour of photographing.  How cool is that!  Eric and his wife; Brooke were a totally awesome couple to work with for his wedding & here I am photographing & filming his band’s live performance.

Now prepare to sit back, turn up the volume with your favourite morning, afternoon or evening beverage (depending on where you’re at) and check out SUPERFIX’s MEGA video below featuring their song; “The Dream” they licensed to me.

Also!  If you’re thinking…  Hey – I’d really like to get to know this international photographer who loves music & fashion, photography and art, feel free to contact me anytime.

I hope you’re having a great start to your New Year and stay tuned for more amazing events that I’m sharing from Newport Beach, all the way out to London, Paris, Costa Rica, Germany and Switzerland.

« The Official Poster For The Movie; “Skyfell” I Was A Set Photographer & Actor On For The Toscars Hosted By Brits In LA Was Released Today!What Does It Take To Be A Rockstar, A Photographer, A Doctor, A Chef, A Musician, Or Anything That You Can Dream Of For Your Life? »