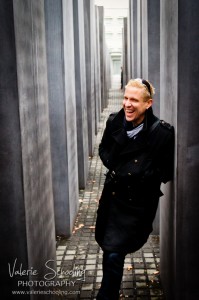 Good afternoon from Esquire Photography HQ everyone!  I’m one Newport Beach Photographer TOTALLY MEGA EXCITED about what I’m about to share with you.

As you’ve seen from all the awesomeness on Twitter & Facebook – 2012 is bursting at the seams with Portraits, Engagement Shoots, Weddings, Red Carpet Events, getting hired on as a Director of Photography AND Co-Director with Markus Redmond on the upcoming movie; “Here & Now” starring Jasper Cole & Bobbie Phillips, along with two shoots for celebrity designer; Kate Mesta featuring Boo Boo Stewart AND Brittany Curran and now this latest secret project I’ve been working on with Reverend Sandra from Visions & Promises Event Planning.

If you skipped ahead & checked out the teaser trailer below, then you saw we’re working on a new program called; “Picture Me – Picture You.”

“Picture Me – Picture You” is a program geared to help anyone with a thirst for capturing better photography.  But what’s setting this program apart from any other instructional photography program – is that we’re helping you embrace tomorrow’s technology today.

Gone are the days where you need an expensive and fancy DSLR camera to capture incredible photos & videos.  Gone are the days of frustration and missing the moment where you’re trying to figure out the best setting on your camera.

What does that mean you’re probably asking? The common saying today is; “the best camera is the one you have with you” and that camera more than likely the one on your smart phone.

I’ve been a professional photographer for more than 29 years capturing award winning photographs all over the world from USA to London, England, Paris, France and Berlin, Germany – using every imaginable technology that has come out.  With the advancements in technology today, the camera you have on your iPhone, Droid or Nokia along with affordable apps and the incredible printing available to us by amazing companies like; Pictage (who by the way handles all my printing needs) – you’re now able to capture and share your memories at a fraction of the cost.

Which is why the ENTIRE program of “Picture Me – Picture You” will be shot & filmed entirely on the 41 megapixel Nokia 808 Pureview.  Yes, you read that right!  The entire program will be photographed and videotaped entirely on a mobile phone.  Like I said, I’m embracing tomorrow’s technology today.

Now here is where things get really fun – for you; the viewer.  “Picture Me – Picture You” is going on the road to Europe where I’ll be filming episodes with Reverend Sandra – providing you with tips & tricks on how to make the most out of your smart phone’s camera – giving you the know how to capture photos you’ve either missed out on or dreamt of capturing yourself.

PLUS!  As if that isn’t enough — you, the viewer gets to decide where we go!  Reverend Sandra and I will be reaching out to you for your suggestions of the countries & cities in Europe you would like us to go to – to help you get better with your photography.  Then every 90 days (and if our calendars allow it), we’ll be heading to those cities you’ve picked and film the next episodes of “Picture Me – Picture You” that we’ll be sharing every other week beginning Winter 2012.

Speaking of Europe!  Reverend Sandra & I are leaving for Germany in less than two weeks to film the very first seven episodes for you.  Totally check out this list of cities that we’re going to:

Totally stay tuned for the episodes that we’re filming in Germany in a few short months – scheduled to air everywhere on YouTube, Vimeo, Facebook, Twitter, Posterous, here on Esquire Photography and also with Reverend Sandra on Visions & Promises.  Also!  If you’re in any of those cities, totally be sure to drop us a note & let us know.  We’d love to have you as a guest on the show!

I hope you’re having a great weekend and stay tuned for more amazing events that I’m sharing.  From San Diego to Newport Beach, Ventura, all the way out to London, England, Paris, France & Berlin, Germany – I’ll have some fantastic Weddings, portrait shoots and soon – “Picture Me – Picture You” that I’ve had the honour of photographing & filming.

PS, I also want to give a shout out to my friend & colleague; Valerie for capturing the fun photo of me when I was in Germany back on one of the trips in January.  Thank you so much for capturing a photo that my mother would have loved!