The Perfect Life Filmed Entirely On An iPhone & Nokia 808 Pureview With Music By Moby And A Personal Message From Me At The Trier Dom In Germany! 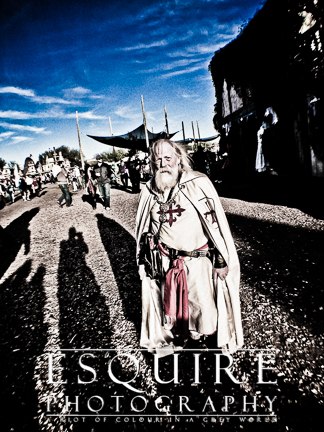 Good evening from EPHQ.USA and have I got a totally awesome story and FILM to share with you!

Not too long ago, I was very fortunate to feature an incredible song by one of the most incredible and inspiring creative minds in the world; Moby for my work of art for “The Face Of Hunger” hosted by Brits In LA and Heifer International.

Fast forward in the blink of an eye and here I am again with another fantastic personal film to share with you.

BUT!  I must confess with you that this film actually began when I was in front of the Trier Dom in Trier, Germany filming the world’s first travel program filmed ENTIRELY on mobile phones: “Picture Me, Picture You” with one of the kindest hearts I’ve had the honour of working with: Ms. Reverend Sandra from Visions & Promises.

The piece from Trier, Germany is a very personal message from me to you.  I knew at the time my message would be shared with you but I also knew God would present the right time to give it to you.

I guess in a way, you could think of my personal message as an early Christmas present that I hope will inspire you.

The film you’re about to watch is very special to me.  As you know my heart, soul and every part of my being is in Europe and the 2nd most amazing place for me to be is at the Renaissance Faire.

When the Minnesota Renaissance Festival kicked off in Minneapolis, I immediately made plans with Kristine to attend in full regalia with my booths from Native Earth, a properly fitted kilt from The Celtic Croft and my mask from Arts Myths.  Of course you know I brought my iPhone 6 Plus equipped with my ALM mCAM and set out to enjoy copious pints of delicious bier & cider, delicious eats like Scotch Eggs and some some of the best entertainers from around the world like my friend: MOONIE!

We were able to see the Dire Wolves from my favourite series: “The Game Of Thrones” AND Kristine captured a portrait of me sitting on the Throne of Swords!  There were also the knives & fire being thrown from stage left to stage right, the duels, the back stage tours, selfies and portraits with new friends like Kristine’s dragonfly and Renaissance Pope & Reverend Dean Anderson at Our Father’s Chapel in Minnesota and chanting & dancing with nearly 500 others in the drum circle!

The 2015 Renaissance Festival season wrapped with an exciting & symbolic fire dance, and a closing ceremony for the King & Queen featuring traditional English mush and a timeless song: “I Will Survive” as featured in one of my favourite Keanu Reeves’ movies: “The Replacements.”

The Queen shared a perfect message to everyone in the closing ceremony saying: “We create love.  We create kindness.  We create the wonderment that goes on in the world.”

Shakespeare shared some powerful words as well that I could barely scribe in my phone of the i.  Lord Shakespeare stated:  “It is not the place.  It is all of you.  We.  We are the magic that brings love to our hearts.  We are the courage that brings kindness into the world.  We are such stuff that dreams are made of.”

If the Renaissance Festival impacts you in the same way it does Karl, myself and the many others around the world, then you will know precisely how that feels.

Also!  I want to give a shout out to Moby and say THANK YOU for allowing me to license another one of my favourite songs by you for this very personal film.  Your music, your photography and your genius has been inspiring me for more than 20 years and it’s an honour to showcase this particular song in this film.  The title, lyrics and message in “The Perfect Life” is exactly how it feels to me about the Renaissance Festival.

To say the Renaissance Festival is an event that continues to hold my heart in it’s hands throughout all the years would be an understatement.

PS, Choose 1080 HD so you can enjoy the riot of colours in “The Perfect Life”!

Sharing is Sexy like a pint of Newcastle Brown Ale!