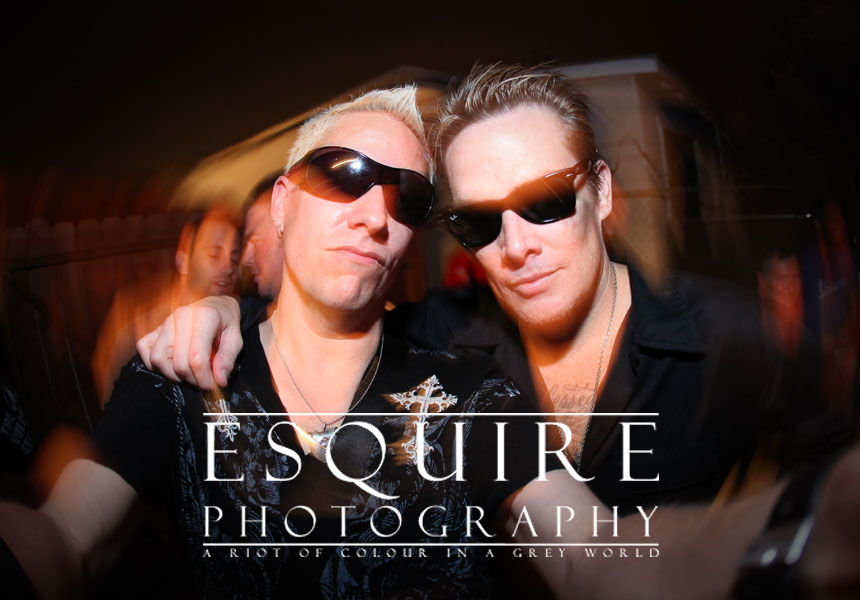 Good morning from Huntington Beach, California everyone!  If you’ve been following my Tweets & Facebook updates last week, you would have been watching how my calendar lately seems to be more than gnarly, but epic (which both Katherine & I are so totally thankful for!!!).

Within a 24 hour period last week, I went from looking forward to being able to catch up on blogging and deliverables to practically non-stop shooting with more back-to-back 21 hour days.  Now I’m sure you’re just as excited to see some of the now approaching a dozen shoots that I’m behind on as I am to share it with you.  But hey!  I’ll take a crazy calendar any day of the week than the opposite as any other small business owner would.

So… back to what happened last week.  Within 24 hours, one of my couples was asked to submit video about their wedding day for WeTV’s My Fair Wedding with David Tutera – which I gladly helped them out with.  I was asked by a an editor that I know that runs a local Laguna Beach newspaper to cover the Pageant of the Masters celebrity gala hosted by Mario Lopez along with 2nd shooting the Shrinky Dinx (Sugar Ray with lead singer; Mark McGrath) with a friend of mine.  Talk about a head-spinning situation!!!

Well needless to say, for starters – Saturday was a 21 hour day kicking off with a meeting at Mr. P’s Espresso (The BEST coffee this side of London BTW) in Huntington Beach with D’yonne & her fiance; David for their wedding in August 2012, then the Pageant of the Masters event & the shoot at the Tiki Bar in Costa Mesa for Shrinky Dinx.  I don’t have much to share just yet with you from either of the two shows, but I wanted to share a quick self portrait I did with Mark McGrath rocking our Oaks & Wayfarers after the AHMAYZEENG performance – as you can see above.

Now when I say the word; AHMAYZEENG – it is encompassing of all aspects of what I would expect from an out of control show that they put on.  Everything from a mosh pit that I was brutally abused in and loved every minute of it to get the money shots, to the killer vocals & music that kept up with the raging crown in the Tiki Bar.

I won’t tell you too much about it just yet as I don’t want to spoil the full write up I’ll do when I share the photos, but I think that the two videos that I’d like to share with you for today’s West Coast Wednesday Video Of The Week will do just fine.

The first video is the promo for the Shrinky Dinx’s performance I photographed on Saturday the 28th at the Tiki Room and the next one is a killer video and song off the Lemonade & Brownies album by Sugar Ray that I totally & completely LOOOOVE.

Some of my favourite songs that are on the Lemonade & Brownies album by Sugar Ray are:

If you’re a fan of some of the new Sugar Ray & would like to see what their really amazing roots are like, I highly recommend you checking them out.  You won’t be disappointed!

But before you check out this week’s West Coast Wednesday Video Of The Week and you’re thinking… Hey – I’d really like to get to know this Orange County Wedding Photographer that will take a beating risking broken bones, bruises & camera gear to get the money shot at all costs, feel free to contact me anytime.

So without further ado, I give you Sugar Ray in “Iron Mic” for the West Coast Wednesday Video Of The Week and the promo video for the Shrinky Dinx show that I photographed in Costa Mesa on Saturday night.

And, don’t just have an awesome West Coast Wednesday, but make it a totally positive one for someone else too – cheers!

PS, I want to give up much thanks for my friend; Kyler for asking me if I would like to shoot the event with him and to the big man upstairs for providing the opportunity for that to happen.  As I’m sure you may know by now that I am in a sick & twisted love affair of the music industry, x-sports & fashion industry.  The raw break neck amounts of energy, the never-ending boundless and no boundaries creativity and the tolerance/acceptance for other creatives of all corners of the earth in those three industries are such a huge part of me and what I excel in.  In fact, I love it so much & miss it so much that I’ve got the itch to get back into it again!  So be prepared to see more music, fashion & sports entering my body of work in the near future.  It’s going to be a WILD ride again!!

PSS, As of this morning, I actually will have some time this week and weekend to get caught up on some blogging along with deliverables.  But anything is possible & that could change in the wink of an eye!