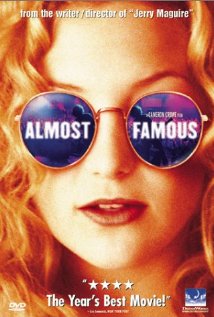 Ya know… I wasn’t always a Huntington Beach wedding photographer shooting weddings & portraits around Southern California.  I used to be in a band while I was shooting with one of my old high school friends back from ’86 – ’89 & then played the drums with a lot of other bands from Portland like “Jane His Wife” and then in Chicago with a band called “Male on Sunday” (which was a Duran Duran cover band AND my band mates totally looked like John Taylor & Nick Rhodes – crazy!).

As far back as I can remember, I have always loved music.  Listening to music as it’s evolved from vinyl records to casette tapes, CDs, DVDs and now MP3s which really loses the quality of music as it’s compressed.

BUT, it’s still music nonetheless and I absolutely love music like I love photography and art and theater and broadway.  Art in general is in my blood.  I wake up in the morning with music in my head, ideas for photography and barriers in art that I want to break through.

One of the things I love about my West Coast Wednesday Videos Of The Week is I’m able to lift the lid into the “Agile mind of David Esquire” & share a bit of what’s going on in my crazy caffeinated noggin.

I woke up with a prolific scene from the movie; Almost Famous in my head.  Which I might add is one of the best movies created with so many layers upon layers of messages about life, relationships and love.  If you haven’t seen it yet, add it to your list – a must see indeed.

So as I’m enjoying my 2nd cup of coffee from my favourite mug that I brought home from Warick Castle in England when I was there for Erin & Philip’s Engagement Shoot, I want to share the song that was from the scene in Almost Famous.  It is Sir Elton John’s “Tiny Dancer.”

If you’re not too familiar with Elton John, check out this snippet about him from his Bio on his website:

“Four decades since the 1969 release of his first album, Empty Sky, Elton John is still creating some of the finest music of his career. The 2001 album Songs From The West Coast gave him another smash hit single with I Want Love, and then in 2005 the release of the deluxe edition of Peachtree Road, including three new songs from Billy Elliot The Musical gave Elton another hit single with the Billy Elliot songElectricity. In 2002 he was awarded an honorary doctorate from the Royal Academy of Music. Other landmark awards include Best British Male Artist Brit Award 1991; induction into the Rock ’n’ Roll Hall of Fame, 1994; five Grammy Awards 1986-2000; Grammy Legend Award, 2001; Kennedy Center Honor, 2004 and 11 Ivor Novello Awards between 1973 and 2000.”

But before you check out this week’s West Coast Wednesday Video Of The Week and you’re thinking… Hey – I’d really like to get to know this Huntington Beach Wedding Photographer that loves 80′s music, fashion, photography and art, feel free to contact me anytime.

So without further ado, I give you Sir Elton John with two videos of “Tiny Dancer.”  So feel free to sit back with your favourite morning beverage, enjoy the videos of incredible music, vocals and awesome message.

Have an awesome first West Coast Wednesday and also remember to make it a totally positive one for someone else too – cheers!

PS, If you missed the latest episode of my online “TV” program; “How To Make The Most Out Of Your Wedding Day that dropped yesterday, it was with Ms. Lauren Vopatek – the master uber-hair stylist from Dean Anthony on 2nd Street in Belmont Shore, Long Beach and Bella Salon of Naples.  Totally check it out – she’s got some great insight on how to save some time, some money & your sanity while planning your wedding.

PSS, ALSO!!! Be sure to check out Shelby & Matt’s Silverado Wedding that was on WeTV on David Tutera’s My Fair Wedding.  Their wedding at Rancho Las Lomas is airing still in re-runs, so totally set your DVRs and check it out.  It was completely out of this world!