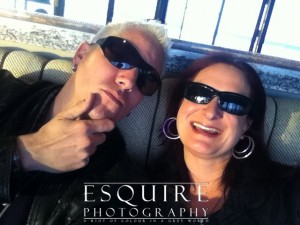 Good morning everyone from Esquire Photography HQ in rain free Huntington Beach!  One of the greatest things I get to experience as a wedding photographer in Orange County, San Diego, Los Angeles and beyond is all the absolutely amazing people I get to meet in my travels and shooting.

Two weeks ago I had the absolute pleasure of working with a fantastic florist from San Diego at Bernadette & Vlad’s wedding (stay tuned for some delicious wedding photograph from that day.  WHOA!).  Her name is Katrina & she’s with Custom Florals.  Right away, when I first saw her preparing everything for Bernadette & Vlad’s wedding, I picked up on this aura or “vibe” about her.  From the brief chat we had at the wedding, I could totally tell that she’s not your run of the mill, paycheck player florist.

So a few emails later, Katrina & I met up for a beverage at the Surf & Sand Resort in Laguna Beach to hang out & get to know each other a little better.  I knew that it was going to be an absolutely amazing meeting just by the absolutely awesome sunset iPhone Portrait that I captured when I arrived a little early.

Fast forward to the end of the meeting & I am completely beside myself.  Like Wholly Nachos & Newcastles!  Katrina is an absolutely awesome lady that has been in this incredible wedding industry for nearly as long as I’ve been a wedding photographer.  She knows her stuff in a way that if she was on a game show – she’d win everything.

We chatted about pretty much everything under the sun from motorcycles, our passion for our craft and why we love what we do and on top of it all – the infinite love that we both have for music.  Can I get another Wholly Nachos & Newcastles!

She told me that she had the honour of seeing the late John Lee Hooker live before he passed away and I told her that she was the inspiration and catalyst for today’s West Coast Wednesday Video Of The Week.

So here I am everyone – with a very special treat of some of the best blues you will ever let your ears listen to.

If you’re not too familiar with John Lee Hooker, check out this amazing bit about his story.  Reading John Lee Hooker’s totally says so much about where his heart, mind and soul is with his music.

“John Lee Hooker (August 22, 1917 June 21, 2001) was a Grammy Award-winning influential African American singer-songwriter and blues guitarist, born in Coahoma County near Clarksdale, Mississippi. Hooker began his life as the son of a sharecropper, and rose to prominence performing his own unique style of what was originally closest to Delta blues. He developed a half-spoken style that was his trademark.

Though similar to the early Delta blues, his music was rhythmically free. John Lee Hooker could be said to embody his own unique genre of the blues, often incorporating the boogie-woogie piano style and a driving rhythm into his masterful and idiosyncratic blues guitar and singing. His best known songs include “Boogie Chillen” (1948) and “Boom Boom” (1962). Hooker’s life experiences were chronicled by several scholars and often read like a classic case study in the racism of the music industry, although he eventually rose to prominence with memorable songs and influence on a generation of musicians.Hooker’s guitar playing is closely aligned with piano boogie-woogie. He would play the walking bass pattern with his thumb, stopping to emphasize the end of a line with a series of trills, done by rapid hammer-ons and pull-offs.”

But before you check out this week’s West Coast Wednesday Video Of The Week and you’re thinking… Hey – I’d really like to get to know this Huntington Beach Wedding Photographer that loves 80′s music, fashion, photography and art, feel free to contact me anytime.

So without further ado, I give you “Boom Boom” and “Blues Before Sunrise.”  So feel free to sit back with your favourite morning beverage and tap that toe, snap that finger & let your body sway to the grooves of the soul.

Have an awesome West Coast Wednesday and also remember to make it a totally positive one for someone else too – cheers!

PS, If you missed it this week, be sure to check out Mike McCaleb from Mission Visual on the latest episode of “How To Make The Most Out Of Your Wedding Day” – where he’s sharing some terrific advice on how to save some time, some money & your sanity planning your wedding and event.

PSS, Totally check out the video program; Photo Night Live from the UK that I was a guest on.  YEAH!!!  Be sure to read the Story about it and the program episode.  We had a total blast and there was beer involved too at 11:00 a.m.!  Well… Not by me, but the guys in the UK were already at the end of their day.  LOL!