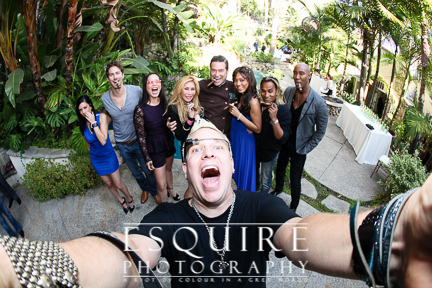 I’m sure you’ve seen with the updates on Twitter & Facebook just a little while ago along with the Sneak Peek Video – I had an opportunity to photograph the Mark Kearney Red Carpet Luxury Suite Emmy’s Party last Thursday after my meeting at Google HQ in Venice about my Google Glass & have I got an amazing treat to share with you.

The Mark Kearney Group hosted an “Iced Out” Luxury Awards Suite in celebration of the 2013 Emmy Awards & this totally MEGA two day event had a ton of guests and celebrities enjoying a variety of events & pampering with a celebrity portrait by Michael Bezjian, Gallerie Sparta: A French International Art Gallery by Jane Seymour & Richard Grieco (who I was able to snag a selfie with!), Chef Mark Kearney’s signature “Iced Out” Pacific Rim Hors d’oeuvres, and deeeeeeelicious “Iced Out” Zing Vodka Martini’s by Adrienne Maloof.

What’s really awesome was I was invited to Mark Kearney’s “Iced Out” event by uber designer; Gail Garrison at the “Dream of the Burning Boy” performance at the Malibu Playhouse starring Ms. Melissa Kite that was hosted by & Co-produced by Mr. Gene Franklin Smith.  Gail Garrison has become known in the industry as a leading designer of couture women’s evening & bridal gowns and she is by far, one of the nicest most humble designers I’ve had the honour of working with.

There was a totally siiiiiiick Tesla as well that I did my best not to drool all over AND I got to hang out with & long time client, friend & star of Big Time Rush; Stephen Glickman.  Who was a blast to work with recently at Meltdown Comics for his “Bob is Dead” art show (LINK).

Before you scroll down to check out the video I put together including footage I filmed on Google Glass & you would like to chat about your upcoming event – totally comment below or feel free to contact me anytime day or night.  I’m available just about 24/7 via Twitter, Facebook, Google+, the form on my contact page, or the old fashioned phone as well at 888.ESQ.PHTO (888.377.7486) or 562.225.5915.

I hope you’re having a great week AND totally be sure to check out Christin & Christoph’s Destination Wedding in Mirow, Germany.  There were over 10,000 photos captured during the week that I was in Germany & I’m so excited to share them with you!