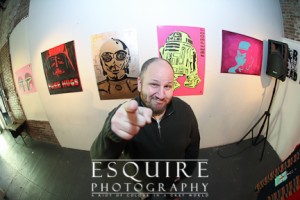 As you’ve seen from all the awesomeness on Twitter & Facebook – 2012 was bursting at the seams with Portraits, Engagement Shoots, Weddings, Red Carpet Events, two shoots for celebrity designer; Kate Mesta featuring Boo Boo Stewart AND Brittany Curran, the TV program; “Picture Me – Picture You“ filmed internationally entirely on a mobile phone AND being voted in the TOP 3 as OC’s BEST Wedding Photographer.  It was a really amazing 2012!

But with all the incredible events I’m editing right now like Denise & Miguel’s wedding in Costa Rica at Hotel Sugar Beach, I couldn’t wait to share with you Stephen Glickman’s event with you.  I’ve worked with & known Stephen for nearly ten years, so to be invited by him to capture all the fun we had at Meltdown in Los Angeles was a total honour!

Just in case you’ve been living under a rock for a while, I thought I would share a bit about Stephen.  Just a portion of the laundry list of accomplishments Stephen has would be programs on TV like “Big Time Rush” and “Cupcake Wars” for starters – along with being in movies like: “Big Time Movie” & “The 41-Year-Old Virgin Who Knocked Up Sarah Marshall and Felt Superbad About It.”  He also is a stand-up comedian and he played Shrek in the Broadway Workshop and Reading of “Shrek The Musical” for Dreamworks and Sam Mendes. Glickman also played “Larry” in the Jeffrey Ross Comedy Central Special “No Offense”.

Also, after wrapping Big Time Movie, Stephen started training with celebrity fitness expert, Eric the Trainer, and started working with the food program, Sunfare. Within 7 months he had lost 88 pounds and went from a 56 waist to a 42 waist and from a 5xl shirt to a 2xl shirt. He continues to workout daily at Powerhouse Gym in Burbank.

In 1995, Stephen Kramer Glickman starred in the first production of “A Dybbuk, or Between Two Worlds” (adapted from Joachim Neugroschel’s translation of the original Yiddish play by S. Ansky; originally produced at the La Jolla Playhouse in La Jolla, California and then produced in New York City at the Joseph Papp Public Theater, 1997), Theatre Communications Group, in 1997.

To say he’s well versed in his craft, would be an understatement!

I’m absolutely flattered working with amazing talent like Stephen & it truly means the world to me being able to help my clients have an incredible photography experience and amazing photographs they’re able to enjoy and share with their family & friends over the years.

Now that you have an idea of the many things going on and if you’re thinking…  Hey – I’d really like to get to know this Newport Beach Photographer (Previously a Huntington Beach Photographer) who loves music & fashion, photography and art, feel free to contact me anytime.

I hope you’re having a great start to your New Year and stay tuned for more amazing events that I’m sharing.  From San Diego to Newport Beach, all the way out to London, England, Paris, France, Germany and Switzerland – I’ll have some fantastic Weddings, portrait shoots and soon – “Picture Me – Picture You” that I’ve had the honour of photographing & filming.

Also!  Here is a personal message from Stephen for the worldwide collection of fans he shared with me after his show.

« Merry Christmas & My Wish From Esquire Photography HQ From Me To You This Year & In The FutureAre These The Worst Wedding Photographers Ever? My Thoughts To You About This And It’s Not Pretty »