I’ve Been Selected To Photograph Another Red Carpet Event For The Malibu Playhouse!

Good afternoon from EPHQ everyone!  I’m back in from delivering a totally beautiful leather-wrapped album of Samantha & Vince’s Military Wedding to Ms. Katy Arrington, Seniour Catering Sales Manager at Maderas Golf Club and have some terrific news to share with you!

I’ve been asked by Mr. Gene Franklin Smith, the Creative Director at the Malibu Playhouse to be the Red Carpet photographer for their upcoming play; “The Dream Of The Burning Boy” which has an all-star cast including the totally incredible celebrity actress & designer: Ms. Melissa Kite.  Who you may remember I had the honour of photographing & filming in Los Angeles recently on my Canon DSLR, a Nokia 808 Pureview mobile phone AND my Google Glass with the musical track by one of my all time favourite artists: Moby (LINK).

Check out the flyer for the event: 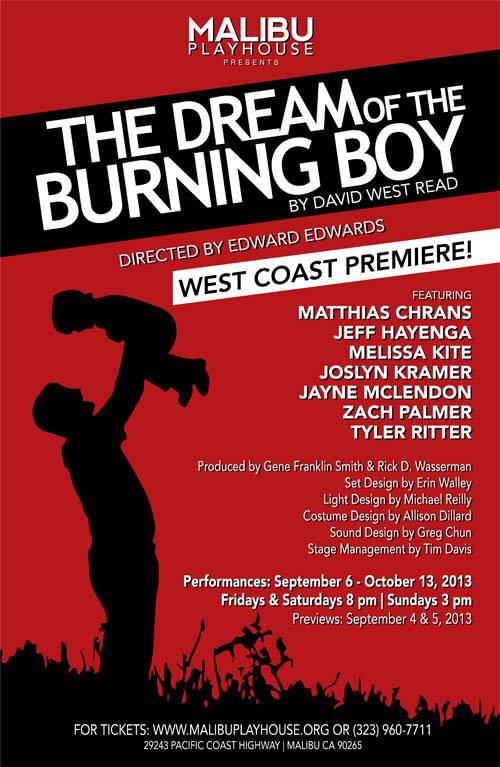 Is that awesome or what!  So if you’re looking for something to do on Friday, September 6th – totally come to the Red Carpet opening night.  I know it’s going to be a celebrity who’s who attending like all the others I’ve had the honour of photographing for Gene.

I hope you’re having a great week AND STAY TUNED for a really awesome project I did in Las Vegas for the Google Glass team.  I can’t say much about it yet, but I have a feeling you’re going to like it as much as I did putting it together.  AND!  A certain celebrity artist just licensed one of his songs for the soundtrack too!

« How To Make The Most Out Of Your Wedding Day With Simply BridalSomething “Dressy” This Way Comes For You! »