It’s Here! The Behind The Scenes Video Of The Award Winning Film: Skyfall (And I Can’t Get Up) For Brits In LA’s 6th Annual The Toscars 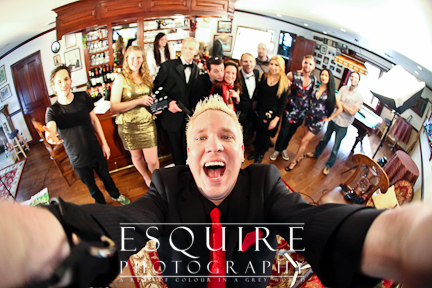 Well… I have some really awesomeness to share with you tonight!

I’m so totally excited to share with you the Behind the Scenes film for the AWARD WINNING movie; “Skyfell (And I Can’t Get Up)” for The Toscars hosted by Brits in LA that I was the Set Photographer & Actor on.

As I’m sure you saw, our movie received a TON of Nominations for several awards and on top of that – The Toscars have been shared all around the world through various media organizations like the BBC, Globe Telegraph and London Flair PR.

From the minute we all landed at our “Secret Lairs” in Los Angeles, to the last shots with Melissa Kit dressed with nothing more than a gigantic British Flag pillow – the entire experience for me was more than I could have dreamt of.

I could go on & on about the three days of shooting all over Los Angeles, but the video that I created below after sifting through nearly 2,000 photographs & hours of footage I know will convey all the fun we had together working.  But seriously though, there were several people involved who made our film incredible & I have to give a big thanks to them.  They are:

Also, be sure to check out the Media Kit that I put together for the film.  You can download the PDF of it HERE.

I hope you’re having a great start to your Daylight Savings and stay tuned for more amazing events that I’m sharing from Newport Beach, all the way out to London, Paris, Costa Rica, Germany and Switzerland.

PSS, Be sure to select the options on the video below so you can enjoy it in HD!

And here is our Award Winning movie: “Skyfell (And I Can’t Get Up)” for Brits In LA’s 6th Annual The Toscars!