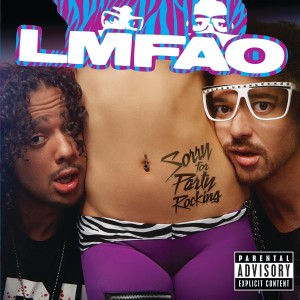 Good afternoon everyone!  After attending last night’s party at LA Fashion Week with uber designer to the celebrities; Kate Mesta – I am Newport Beach Wedding Photographer in Orange County who is on a totally amazing creative high still and I’ve got a really fun video to share with you for today’s West Coast Wednesday Video Of The Week.

Before I share today’s West Coast Wednesday Video Of The Week from straight out of Orange County, I totally want to give you a taste of last night’s festivities at LA Fashion Week’s party with Kate Mesta.

In the past few days you may have seen some of my Facebook and Twitter updates that I was hired again by the amazing jewelry designer to the celebrities; Kate Mesta – who I had the honour of working with at the Oscars Party at Paramount Studios in Los Angeles and of course the out of this world Los Angeles Portrait Photo Shoot that I did with UK model & actress; Jane Lavin.  So when I received a call from Kate’s publicist; Sondra a few days ago that they wanted to hire me to capture the party last night at LA Fashion Week, I couldn’t say anything other than; “But of course!”

To say that last night was anything short of incredible would not be enough.  I got a quick iPhone Photo with Boo Boo Stewart from Twilight while I was rockin’ my favourite jacket from SLS Distributors (I’m also Stefan’s Resident Photographer there – cool!) on the red carpet and because I just couldn’t hold back – I snuck in an Impromptu Photo Shoot with Kate & Sondra’s awesome kids; Makenna & Dylan.

Ok….. that’s enough of last night.  I don’t want to give it all away.  You’ll have to see all the fun we had in the photos I’ll be sharing.  HeHeHe!

The other day my sister; Tawnya (Here’s her awesome Sunset Temecula Wedding at the opulent Falkner Winery) shared the really fun video; “Sexy And I Know It” with me from LMFAO.  I pretty much didn’t know what to do while watching LMFAO’s music video.   Was I supposed to be like; “Oh no they didn’t!” or laugh my butt off or totally groove out to the song.  I think it was pretty much a combination of all three!

If you don’t know much about LMFAO, check out this bit from their bio, it’s awesome!  “According to Redfoo, the duo are more than dance/pop music creators….they are scientific spinsters of a carefully crafted soundtrack for a new generation of global party people. With LMFAO’s debut and GRAMMY® nominated full length record, 2009’s Party Rock, Redfoo showcased a new breed of music that now appeals to radio programmers worldwide.“

I hope you had a great TRex Tuesday yesterday & stay tuned for some amazing events that I’m sharing this week.  From San Diego to Newport Beach and all the way up to Ventura – I’ll have some fantastic Weddings and events that I’ve had the honour of photographing.  And of course soon to come; last night’s party at LA Fashion Week with the Kate Mesta Crew – Cheers!

PS, Check out this awesome quote that I shared on Facebook and Twitter.  I think it’s from Sam Walton (Wal Mart): “There’s only one boss: The customer. And he can fire everyone, from the chairman on down, simply by spending his money somewhere else.” WHOA!

PSS, Photo above found online in simple Google Search from MP3 File Save.