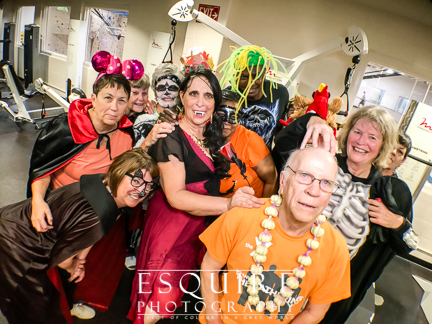 Good day from EPHQ and have I got a totally fun project to share with you!

As you’ve been sharing with me, Esquire Photography has been doing some amazing projects and photo shoots over the past year.  From taking EPHQ on the road so much more to doing a LOT more filmmaking and commercial work that’s entirely “#ShotOniPhone”.

There’s the commercial I created, directed, edited, filmed & photographed for TEK Products ENTIRELY on my iPhone 6 Plus (aka: #shotoniphone) and my Beastgrip Pro (LOOK).

Then there’s the movie; “The Perfect Life” filmed entirely on my iPhone 6 Plus in Minneapolis AND with my Nokia 808 Pureview in Trier, Germany featuring the song: “The Perfect Life” by one of my all-time favourite artists: Moby (LOOK).

AND!  The promo video I did for my brother: Tony for him racing in The Polar Run helping raise more than $20,000 for the Ronald McDonald House (LOOK).

Well… now I have something really fun to share with you!

Not too long ago, I donated my time for a Zumba fundraiser at Substance Church in Minneapolis to help raise money for a family in need.  One of the donations I gave to the church was a portrait photo shoot which was scooped up by a totally enthusiastic Zumba athlete: Elaine Francis.

Shortly after the event Elaine reached out to me and asked if she could share the gift with her Zumba class for a Halloween event she was hosting at the Emma B. Howe YMCA in Minneapolis.  That was totally cool with me and with a little planning – we knew this would be a blast.  Especially since it was ALSO a costume Zumba class too!  WHEW HEW!

From ghosts, to goblins, vampires, skeletons, and insomnia – Elaine’s Zumba event at the YMCA was a blast.  They had a Halloween-inspired class, but it was when they decided to have a flash mob downstairs getting the YMCA staff and other guests involved in the fun!

Elaine also had a fun grab-bag for everyone with various costumes and we did a crazy group photo shoot in the fitness room.  Which did get a little interesting because I was standing in front of someone on a machine – in my kilt! LOL!

Before you scroll down to check out the totally MEGA video I filmed & photographed entirely #ShotOniPhone and would like to chat with me about photographing your event, feel free to contact me anytime.

« Brittney And David Tie The Knot At Their Gorgeous Hillside Los Angeles Wedding With Their Friends And Retired Military Family Members!TEK PRODUCTS IN MINNEAPOLIS HIRED ME A 2ND TIME TO PHOTOGRAPH, FILM, CO-PRODUCE, EDIT, DIRECT AND MORE ANOTHER COMMERCIAL #ShotOniPhone! »