TEK PRODUCTS IN MINNEAPOLIS HIRED ME A 2ND TIME TO PHOTOGRAPH, FILM, CO-PRODUCE, EDIT, DIRECT AND MORE ANOTHER COMMERCIAL #ShotOniPhone!

Happy New Year from EPHQ!  Have I got a totally MEGA experience to share with you as we kick off 2017!!

As you had seen last year, I filmed the EPIC movie: “The Perfect Life” entirely on an iPhone and Nokia 808 Pureview featuring music by Grammy Award winning artist: Moby.

Then there was the WORLD’S FIRST destination wedding ENTIRELY filmed AND #ShotOniPhone SIMULTANEOUSLY for Vickie & Travis in Wisconsin (LINK).

Well…  while 2016 was filled with me travelling around the United States photographing and filming weddings, grad nights, commercials, rockumentaries and more, there was all the work going on behind-the-scenes for TEK Products because they…

The first commercial was best quoted by the company president: Mr. Tim Graupman that I was able to: “… see a vague idea turned into such a strong visual presentation.”  This year’s commercial he said he “couldn’t believe the commercial was the same length because we put so much more content into it.”

Throughout 2016, we had the complex process of writing, re-writing, story-boarding, and even more challenging; coordinating schedules for filming, casting, and more.  But because we had all worked on the first commercial so well, we understood what we were up against and employed the veritable cornucopia of talent we all brought to the table to take their 2nd commercial to the next level.

If you’re not familiar with TEK Products – check this out! 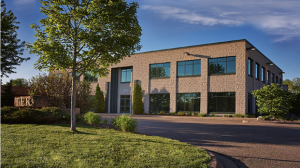 TEK Products is located in Long Lake, a suburb of Minneapolis, Minnesota.  For more than 33 years, TEK has been providing over 21,000 quality products and services to their rapidly growing customer list world-wide.  TEK continues to win awards from their customers and vendors for their customer focus, high-touch service, and technical acumen.  TEK has impressed customers enough to allow them to average double-digit growth for 20 consecutive years!

TEK Products is also actively engaged in the community, sponsoring local schools, the Long Lake Fire Department, and different events that help raise money for MS and Hodgkin’s Lymphoma, as well as being involved in various organizations, including the Humane Society, United Way, Poor of Russia, and the Make A Wish Foundation.

Since their first commercial was ENTIRELY filmed and #ShotOniPhone – I had to do the same for this one too!  Especially since Bentley Motors AND New Balance continues to use the iPhone for their commercials.  You can check them out HERE.

Employing The BEST Equipment In The Industry!

As always – the Beastgrip Pro for my iPhone 7 Plus is the ONLY way to go to house my “camera.”  Then there’s my JOBY GorillaPod Focus with Ballhead X for the hard to get shots in tight places.  And in a cleanroom environment, that was key.

Then there is the iRig Mic-Lav from IK Multimedia which has amazing features, advantages & benefits – making it a no-brainer to choose.

Mounted on my Beastgrip Pro with my flawless wide angle lens from Canon, I used the CN-LUX360 5400K Dimmable LED Video Light Lamp by Neewer.

Combine all that with a suite of software by Adobe Creative Cloud – I had to say: “Game On” to quote the epic movie: “Wayne’s World” – which by the way is RETURNING to the theatre for its 25th anniversary (LINK)!

Before you scroll down to check out TEK Products‘ 2nd commercial ENTIRELY filmed and #ShotOniPhone and would like to chat with me about photographing your brand, event or product, feel free to contact me anytime.

PS, Be sure to ramp up the quality of the video to 1080 HD so you can enjoy their commercial properly!

PSS, I want to give a shout out to the entire team at TEK Products for helping make this commercial a total success.  Once again – you guys rock!  :-)

Be sure to share this awesome film on Pinterest, Facebook or Twitter
To help other brands, designers and companies see how amazing their video can be
when they don’t settle for any filmmaker & photographer, but the RIGHT photographer & filmmaker!