I’m One Newport Beach Photographer Who Got To Be The Director Of Photography On The Token Minorities Film: “Game Of Shakes” 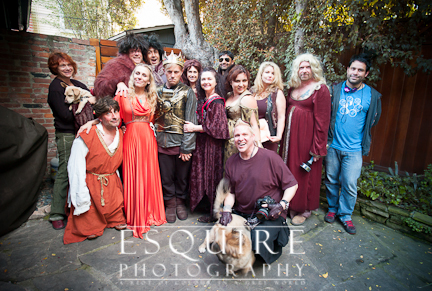 Good evening from EPHQ everyone!  As you’ve seen here and on Twitter & Facebook thing have been really amazing and what I’m about to share with you tonight just keeps adding to an amazing 2013.

You know how I’ve been constantly running around the world photographing Concerts, Denise & Miguel’s wedding in Costa Rica, Red Carpet Events, photo shoots with celebrities; Boo Boo Stewart AND Brittany Curran, and working on my TV program; “Picture Me – Picture You“ filmed internationally entirely on a mobile phone.

Plus with all the incredible people I’ve had the honour of meeting with Brits In LA – I’ve been able to be an Actor AND Set Photographer on the AWARD WINNING movie; “Skyfell (And I Can’t Get Up)” for The Toscars hosted by Brits in LA that received a TON of Nominations for several awards and were shared all around the world through various media organizations like the BBC, Globe Telegraph and London Flair PR.

Well!  Check this out!  I was asked a few weeks ago if I would be interested in doing a parody of the program: “Game of Thrones” called: “Game of Shakes” with a collection of Toscars alumni in a new comedy troop called: The Token Minorities.”  It took me all of ZERO seconds to say yes & then ask what I could do to help the production.

As it turned out, I was able to be the Director of Photography on the film, create the Token Minorities logo plus had a small chance of being in front of the camera as well.  Can I say WHEW HEW!!!

We descended on Griffith Park at 8:00 a.m. before things got crowded, hot and terrible with the light.  It was definitely a rogue filming situation as we make-shifted just about everything to make it happen and then eventually headed to Craig’s home in the hills to finish the filming of the other scenes we had.

From the minute we all landed in Los Angeles, to the last scenes we filmed – the entire experience for me was WAY more than I could have dreamt of.  I could go on how it all came together for the film, but I know the video below will convey all the fun we had together working.

I hope you’re having a great week and stay tuned for more incredible events I’m sharing from Newport Beach, all the way out to London, Paris, Germany and Switzerland.

PS, Be sure to select the options on the video below so you can enjoy it in HD!

« I Am One Newport Beach Photographer Who Had The Opportunity To Photograph Professional Actor: Matt Crabtree In Los AngelesI Had The Honour Of Photographing Rachel & Martin’s Absolutely Gorgeous Sunset Wedding At The Calamigos Equestrian Centre »