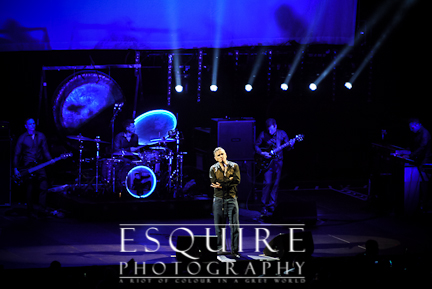 Good evening from EPHQ everyone!  I’m one international photographer who’s MEGA excited to share some of the fun we had Friday night at the Morrissey concert at the Staples Center in Los Angeles.

AND more recently – getting hired as the Set Photographer AND as an Actor on the award winning movie; “Skyfell (And I Can’t Get Up)” for The Toscars & photographing the John B Concert all the while kicking off the EPIC Military Discount Program, AND landing two new sponsors that I’m about to share with you soon.

Speaking of the Toscars – they’re hosted by Brits in LA & well… it just so happened that Kristine & I were able to attend the Morrissey concert with Craig & Eileen – the two masterminds behind Brits in LA along with fellow Toscarian: Sandro Monetti (who worked on the MEGA award winning Toscar film: Miserable Lesbians which has been in various global press agencies like the Huffington Post UK) and several other friends of theirs in the Box Suite.

The night kicked off with Kristine & I landing in downtown Los Angeles a bit early to score an awesome parking spot & some snacks & beverages.  From there, we met up with Craig, Eileen, Sondro & several other awesome Brits in their Box Suite for a night of music with Kristeen Young as the pre-opening act, then Patti Smith & her band (who freakin ROCKED!) and of course the headlining act: Morrissey.

As you know – I’m constantly with camera and this night was surely going to be a great opportunity to capture some awesome photos of Morrissey rocking a SOLD OUT event to nearly 20,000 people.  YEAH!

From the minute Morrissey took the stage – the entire venue exploded with what I call a “Tsunami of Sound” crashing over all his fans.  The performance with filled with traditional lighting, a video screen above the stage with various clips & colours & probably one of the most KICK ASS bands he has worked with ever.

The songs were tight, the music was perfect and on top of it – one of his fans managed to work his way through security & hop on stage to give Morrissey a hug just a few moments before Morrissey took his shirt of before his totally epic encore where he rocked: The Boy With The Thorn In His Side.

Also, check out this MEGA set list that included some Smiths songs.  Yes, you read that right – The Smiths!

I hope you’re having a great start to your week and stay tuned for more amazing events that I’m sharing from Newport Beach, all the way out to London, Paris, Costa Rica, Germany and Switzerland.

PSS, Be sure to select the options on the video below so you can enjoy it in HD!