I’m One Excited Photographer Who Had The Honour Of Photographing International MEGA Recording Artist Gary Numan At The El Rey Theatre! 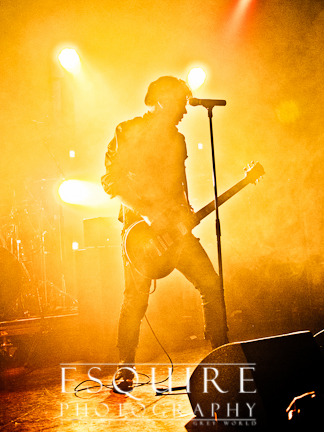 Good morning & from EPHQ everyone!  I’m one Newport Beach Photographer who’s been dying to share with you one of the most prolific, innovative & bleeding edge musicians & artists in the world; Gary Numan.  WHEW HEW!

As you saw on Twitter & Facebook – 2012 was bursting at the seams with Portraits, Engagement Shoots, Weddings, Red Carpet Events, two commercial photo shoots for celebrity designer; Kate Mesta featuring Boo Boo Stewart AND Brittany Curran, the TV program; “Picture Me – Picture You“ filmed around the world entirely on a mobile phone AND being voted in the TOP 3 as OC’s BEST Wedding Photographer.  It was a really amazing 2012!

AND now – 2013 is off to an awesome start with the brand new redesign of the Esquire Photography website, the John B Concert I had the honour of photographing, the EPIC Military Discount Program, AND two new sponsors – it’s been quite a busy 21 days so far.

Ok… enough of the current events.  I have a totally awesome concert that I photographed at the El Rey Theatre in Los Angeles to share with you featuring international recording artist; Gary Numan.

If you’re not too familiar with Gary Numan, check out this excerpt from his totally incredible and quite lengthy Bio spanning over three decades on Wikipedia:

“Gary Numan is an English singer, composer and musician, most widely known for his chart-topping 1979 hits “Are ‘Friends’ Electric?” (as Tubeway Army) and “Cars”. His signature sound consists of heavy synthesiser hooks fed through guitar effects pedals.

Numan is considered a pioneer of commercial electronic music. His use of themes from science fiction and his combination of aggressive punk energy with electronics have been widely imitated.”

That’s just a small pinch of information from his bio.  For me, it all started in 1979 when I first heard “Cars” on the radio and pretty much had my mind explode with creativity.  I was enveloped in the ethereal and industrial synth sound from the song like a burrito.  It quite literally blew my mind!  Then when he released “Telekon” in 1980 – I was a fan of his work from then on.

So when I arrived at the El Rey Theatre in Los Angeles for his performance, I knew I was in for a treat like none other.  To paint the picture in words of what the event was like wouldn’t do it justice.  From the tsunami of sound crashing into the audience to the standing room only crowd returning the energy back to the stage – the Gary Numan concert was a perfect marriage of musical theatre.  Even as I’m typing this story, the hairs on the back of my neck is standing up remembering how epic this event was

Now prepare to sit back, turn up the volume with your favourite morning, afternoon or evening beverage and check out Gary Numan’s MEGA video below.  You’ll recognize the song too & it’s “I Die, You Die” – which has always been one of my favourite hand-raising anthems of Gary Numan’s.

Also!  If you’re thinking…  Hey – I’d really like to get to know this international photographer who loves music & fashion, photography and art, feel free to contact me anytime.

I hope you’re having a great start to your New Year and stay tuned for more amazing events that I’m sharing from Newport Beach, all the way out to London, Paris, Costa Rica, Germany and Switzerland.

« I’m One Newport Beach Photographer Who Had The Honour Of Photographing Photographer Danny Mendoza From SpainInternational MEGA Producer & DJ John B From The UK Used My Photography For His Los Angeles Podcast & Show That I Photographed! »