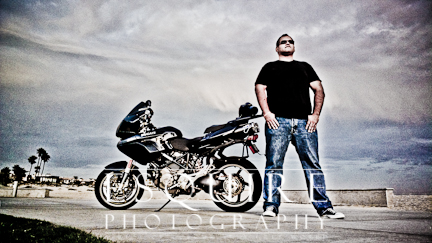 Good evening from EPHQ everyone!  I’m one Newport Beach Photographer who has a VERY special treat to share with you.

But first, a quick update on current events —

As you’ve seen from all the awesomeness on Twitter & Facebook – 2012 was bursting at the seams with Portraits, Engagement Shoots, Weddings, Red Carpet Events, two commercial photo shoots for celebrity designer; Kate Mesta featuring Boo Boo Stewart AND Brittany Curran, the TV program; “Picture Me – Picture You“ filmed around the world entirely on a mobile phone AND being voted in the TOP 3 as OC’s BEST Wedding Photographer.  Like I said, it was a really amazing 2012!

After returning from Costa Rica filming & photographing Denise & Miguel’s wedding experience for a week (that was just as much fun & awesome as their Engagement Shoot!) & the holidays, 2013 is off to very much the same start!  I’ve already had a MEGA Photo Shoot of International DJ & Producer; John B, a Fashion Shoot with California Model; Sarah Reiter (You probably remember her previous Photo Shoot that was for The Ford Agency) AND now… I’m ready to share my friend & fellow photographer; Danny (aka;  The Spaniard Shooter) Mendoza’s photo shoot with you.

Now that you’re shaking your head back & forth in wonderment, I’ll just leave it there & let the videos below do all the talking.  So sit back, turn up the volume and check out Danny’s MEGA video below.

Oh!  If you’re thinking…  Hey – I’d really like to get to know this international photographer who loves music & fashion, photography and art, feel free to contact me anytime.

I hope you’re having a great start to your New Year and stay tuned for more amazing events that I’m sharing.  From San Diego to Newport Beach, all the way out to London, Paris, Costa Rica, Germany and Switzerland.

And here’s a personal note from Danny too!